Latinx folk singer, Alisa Amador, is a total believer in the magic of music. In her career, she’s explored the beauty of bilingual songwriting, used writing as a way to steward connection, and continues to do it all on her upcoming EP Narratives. Amador recently discussed Narratives on the Basic Folk podcast co-hosted by Lizzie No.

Their conversation, which jumps from the realities of growing up with musical parents to the fantastical world of magical realism, is an insightful glimpse into the mind of Amador and her creative process.

“When I’m writing for me, that just doesn’t work. What I do is I basically stop thinking and just go into a space of feeling,” Amador says. “I let the guitar melody, usually some sort of melody that comes kind of by accident while I’m practicing for something else, kind of guide the structure of the verses and the chorus. Then, once that first verse in that chorus is there, then that’s the limitation that I have to fit words into. And somehow that limitation forces me to be even more honest, because I can’t just say something the way I want to say it. Literally, I have to say it in a way that fits within that structure, and so then you end up saying things in ways you never would have said, but feel so spot on.”

Narratives, which comes out September 17, Amador once again taps into her well of emotions, always with the intention of forging a connection with her audience. She explains that for this project in particular, she was trying to capture the feeling of a live set where listeners could feel as if they were in the room with her and the band.

“I want people to feel almost like they’re living inside of a song when they listen to the song and as if they just have the best seat in the house with the best sound system and if they were to open their eyes, they would be at that venue,” she says.

“What we did do before going into the studio is that we played the songs live with Daniel Radin, the producer who I worked with who’s brilliant, at his house. We would get together in his basement and play the songs live and really think about how we can honor the live arrangement in a recording.”

To get an idea of what the record will sound like, check out “Timing” and “Together,” the two teaser singles for Narratives.

Throughout the rest of the episode, Amador breaks down the explanation behind some of her songs, explains how her degree in Gender Studies has impacted her writing, the struggles of growing up Latin-American, and much more.

Listen to the conversation between Alisa Amador and Lizzie No on Basic Folk now. 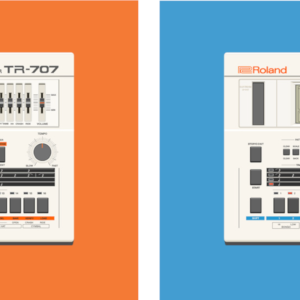