Jake Owen has felt the euphoria that comes with creating chart topping songs and putting out hit records and hearing thousands upon thousands of fans screaming his name. Yet, nothing has come close to the feeling he gets when he sits on a barstool and starts strumming his guitar.

And it’s this insatiable craving for this almost unexplainable feeling that has the Florida native embarking on a passion project of his, headlining his own acoustic “Down to the Tiki Tonk Tour” come February.

“That’s how this whole thing started, just me sitting on a barstool with my guitar,” Owen emphatically tells American Songwriter during a recent interview. “I mean, my career began just like that – an instrument and a song and a voice back at the ole Riverside Cafe in Vero Beach, Florida.”

He pauses, as the memories come back and flood his head for a moment.

And then he continues.

“For a long time, I have watched people that I admire sit somewhere with an acoustic guitar and people just totally engage with the song,” he says. “Now it’s my turn to do something just like that.”

Indeed, within an acoustic setting, Owen’s soul-crushing songs such as “What We Ain’t Got” and “Homemade” mixed with a healthy dose of “I Was Jack (You Were Diane)” and “Barefoot Blue Jean Night” are sure to give this songwriter the chance to spread his wings in an entirely new direction.

“This tour is going to give me the freedom to take these songs where I feel they can go, and to be honest, that’s probably going to change with every night,” explains Owen, who will kick off the eight city tour in Des Moines on Valentine’s Day alongside opener and up-and-coming vocal powerhouse Larry Fleet. “I may even surprise myself.”

Of course, in a day and age of cell phones and distractions, the “Down to the Honkytonk” hit maker knows that an acoustic tour could in fact be quite a challenge for the guy whose party anthems have in part cemented his successful career.

But heck, if anyone is up for it, he is.

“One of my favorite parts when we are out touring is when the band takes a break and I just get up there with my guitar,” he says. “I love that connection that I have with the fans during those moments, and the connection they have with the music. Both of us learn to appreciate the music a little more, I think.”

And yes, there just might be songs played on this upcoming tour that Owen hasn’t played in a long, long time.

“You always have to blend the right song in with the right atmosphere,” Owen explains.

Knowing how to do this in the most seamless of ways is something that almost now comes instinctively for Owen, who turned 38 years old last August and is now the father of two beautiful little girls.

“I admit that I used to write songs almost on a whim, but these days, there are so many responsibilities and stuff going on that songwriting just doesn’t come as easy anymore, at least for me,” Owen admits. “I really admire those artists who can basically compartmentalize their personal and professional lives to write songs.”

Of course, this is not to say Owen hasn’t been creative as of late.

“I’m just saying its not as easy as it once was,” he replies.

Nevertheless, Owen is looking forward to a decade of continued success, success that will hopefully mean more tours, more number one hits and more blockbuster albums.

And maybe even more acoustic tours.

“I tend to just let things flow,” he says. “I pay more attention to the moments in front of me than I do spending much time looking back. I’m the father now to two little girls and that is just a ton of responsibility. I’m going into 2020 with plans to continue living a good life, the best way I can.”

General on-sale for the “Down to the Tiki Tonk Tour” begins on Dec. 13th, with tickets and additional purchasing information available at www.jakeowen.net. 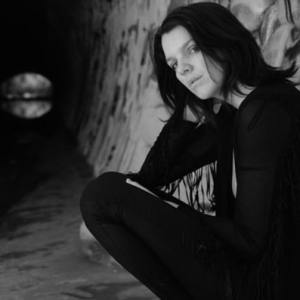 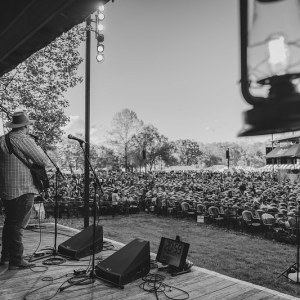