Singer-songwriter Larry Fleet released his debut album “Workin’ Hard” in early November, and as the title suggests, it wasn’t an easy journey.

For nearly a decade Fleet paved his way as a songwriter in Music City but wasn’t getting a lot of traction, he said. Deciding to step back from music, Fleet earned a full-time job and played bar gigs with his band from time to time. One of those gigs was a private party with about 20 attendants, where Fleet and his band played their usual assortment of original songs and Merle Haggard covers.

And it would’ve been just any other gig until Jake Owen showed up.

After the show, the country star flagged Fleet down, praised the Chattanooga-native’s old-school sound and asked if the two could write together sometime. Thinking his meeting with Owen would probably go nowhere, Fleet was genuinely surprised when he received a call from Owen the very next day.

Before he knew it, Fleet was riding on Owen’s tour bus, opening up for the country artist on a string of theater shows across the country. Once Fleet returned to Nashville, it was Owen who encouraged him to quit his day job and go all in with music once again.

“I was just scared. It didn’t work the 10 years before. I’ve got somebody like Jake Owen and that’s got that name and that can help me out here but you know, this is a huge gamble,” Fleet said.

Fleet’s year of hard work and commitment to his music led to a record deal with Big Loud Records, the same label as his buddy Jake Owen.

“Jake is a huge part of that and how that happened just doesn’t happen you know. And still, to this day still kind of blows my mind that it actually worked out,” Fleet said.

“Workin’ Hard” reflects Fleet’s character— easy going, passionate and hard working, with a sound reminiscent of 70s country and late 60s soul music. This comes as no surprise as Fleet’s musical background was in gospel and bluegrass, with memories of playing music during Sunday afternoon jam sessions on his Uncle Jim’s porch.

This blend of sounds is perfectly captured by Nashville studio veteran Joey Moi, with songs ranging from country-soul mashups like “Lied About Love” to acoustic-laden stories like the title track “Workin’ Hard.”

Fleet’s a songwriter at heart, with nearly all the tracks except for two penned by him. Whether he’s recounting his journey in a song or chuckling about his first time meeting Jake Owen, Fleet’s laid-back and humble aura is tangible whether you’re speaking to him or listening to his songs.

In 2020 Fleet will be hitting the road again with his labelmate Jake Owen, playing a string of acoustic theater shows across the country. With plenty more shows, songs and stories to tell in the future, Fleet’s nothing but excited for what’s to come.

“This past year has been kind of a whirlwind. So taking a while to get there, but now it’s kind of looking up and I’m not so nervous and scared anymore.” 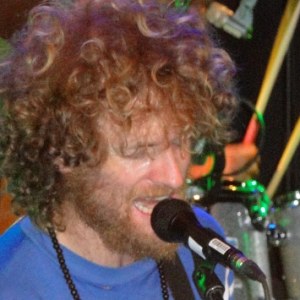 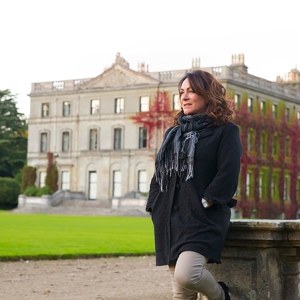