Bruce Springsteen looked over at me and the musicians on the stage and said, “If you know the song, play along.” How could we not, being that we were all disciples of his music? With that blessing and a “1, 2, 3, 4” the impromptu band and I were on a ride into “The Promised Land.”

The annual Light Of Day shows are a series of concerts that raise money to fund research into and find a cure for Parkinson’s disease. Founded by band manager Bob Benjamin, who was diagnosed with Parkinson’s when he was 38, Light of Day has grown from one small concert in a New Jersey bar to a full-fledged trek through Canada, Europe and winding up back home in Asbury Park, New Jersey. The musical heart of the show is the 100 or so under the radar performers who donate their time for the cause – Joe Grushecky, Joe D’Urso, James Maddock, Pat Guadagno and countless others who only play open mic venues.

Over the years, John Rzeznik (Goo Goo Dolls), Jesse Malin, Ed Kowalczyk (Live) and others have headlined. The appearance of Springsteen nearly every year certainly elevates the events’ profile. As one of the songwriters on the bill, a board member of the organization and someone whose mother has the disease, I had a unique perspective of the show from several different angles.

The concert is really a testimony to the power of music and what it can do to effect change. In the words of Willie Nile, who performed his anthemic “One Guitar” with Springsteen at the show: “I’m a soldier marchin’ in an army/Got no gun to shoot/But what I got is one guitar.”

Springsteen is many things to many people. One certainty is that he lives to be on the stage. When he hits the spotlight, the switch is turned on. Nothing amazed me more than seeing him casually chat and laugh it up with people backstage and then walk out, slay the audience with a solo acoustic version of “Incident on 57th Street” and walk back with a casual “So, as I was saying …” to his friends. Just another day at the office perhaps, but an inspiration to everyone watching.

Springsteen’s energy and enthusiasm for music is infectious, whether it’s his own song or listening to another performer. When he was told to check out Israel Nash Gripka, he made sure to go out into the audience and watch him perform.

As songwriters, we always struggle with doubt and uncertainty as to whether our writing is any good. “Maybe it’s time to just have a day job,” we say. While it’s true that some people definitely have “it,” everyone who puts pen to paper is doing so for a reason and should always continue. Hearing the words ‘Good to have you up on the stage’ after our four song set will keep me going. If it hasn’t happened for you yet, it surely is “just around the corner.”

–Robert Dye is the Advertising Director for American Songwriter. 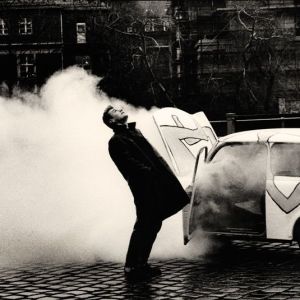 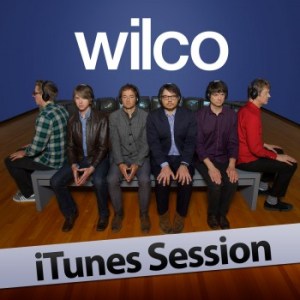