I can’t remember not knowing who Bob Dylan was but it wasn’t until Eric Clapton’s release of Time Pieces in 1982 that I really connected with Dylan as a songwriter. I fell in love with Clapton’s version of “Knocking on Heaven’s Door” and only then learned that Dylan had written it. So I listened to some Dylan songs and hated them. I couldn’t get passed his delivery and voice. Everything I had listened to up to that point in my life sounded “pretty” and he was just too rough for my ears.

It’s hard to trace all the ways he’s influenced me because of all the other artists he has influenced who have influenced me. Directly, every time I think I’ve written something pretty special I hearken back to a Dylan song and realize he’s already tackled the subject and done it much better. He’s the spot in the clouds all artists aim to reach.

I was late to get into Dylan. It took many conversations from many people I trusted and respected and then one day it just clicked for me. I got it. I finally got what they heard. Now I can’t get enough of him.

I was making an album with T Bone Burnett in 1999 and he took us to the set of Dharma and Greg because a “friend” of his was making a guest appearance on the show and wanted him to sit in and play a band member. When we showed up and I saw it was Dylan my mouth fell agape. I thought to myself, what the hell is Dylan doing a sitcom for?!? During the car ride back to the studio I asked T Bone why Dylan would do a sitcom and he replied, “To keep the people guessing.”

From his 2009 interview with Rolling Stone: “It’s peculiar and unnerving in a way to see so many young people walking around with cell phones and iPods in their ears and so wrapped up in media and video games. It robs them of their self-identity. It’s a shame to see them so tuned out to real life. Of course they are free to do that, as if that’s got anything to do with freedom. The cost of liberty is high, and young people should understand that before they start spending their life with all those gadgets.”

What’s one of your favorite Dylan songs?

“Positively 4th Street,” because this is what it sounds like when you piss off a poet (even though he doesn’t like to be called a poet).

His period of greatness has never ended. He has endured. He is timeless. He speaks for everybody. 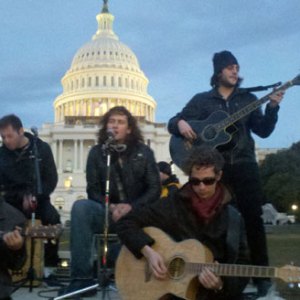 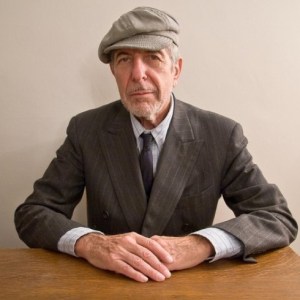