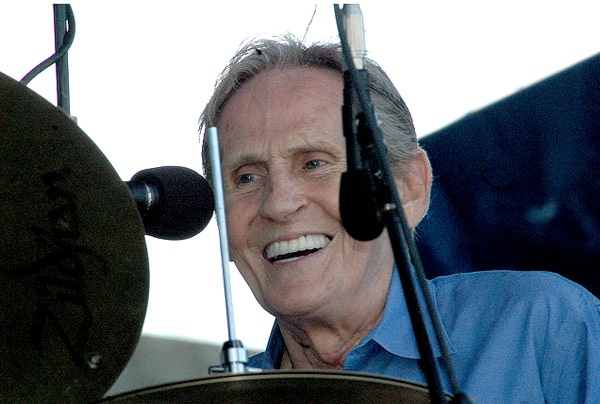 Well, at least they’re all together now.

The concept of Rock and Roll Heaven has always struck me as a bit quaint, to put it mildly, a way for fans to grasp to their fallen heroes without dealing with the reality of the situation. Yet I’ve found myself indulging in that notion quite a bit since hearing of the death of Levon Helm. My mind and heart don’t want to believe that such a voice could ever be silenced, so they keep trying to tell me that Levon is in the Afterlife right now harmonizing once again with his old Band mates Richard Manuel and Rick Danko.

For about 20 years or so, since I first picked up The Best Of The Band as a senior in high school, I’ve been telling anybody who would listen (and many more who wouldn’t) about the merits of The Band, about how underrated they are, about what a travesty it is that casual fans don’t know their music as much as the music of other less worthy artists. It’s been something of a mission for me, since their music has always moved me to such a great degree.

Levon Helm was not only one of my favorite singers; he also might have been my favorite rock drummer. He and Ringo Starr would be 1 and 1A in my book, because they always put the song first. Levon could simply keep the back beat if that’s what the song required, or he could provide a unique, off-kilter, herky-jerky sway to a song that could either make it impossibly funky or infinitely soulful.

His voice was equally as malleable. It’s always been one of Rock’s great ironies that a band that portrayed rural America perhaps better than any other was comprised of mostly Canadians. The one U.S. native was the Arkansas-bred Helm, who inhabited Robbie Robertson’s characters with almost unerring instincts on how they should sound. (It’s that same instinct that made Levon one of the best rockers-turned-actors, thanks to his performances in Coal Miner’s Daughter and The Right Stuff.)

Yet somehow that Southern twang melded perfectly with Danko’s high-pitched moan and Manuel’s rangy instrument which could soar from the gutter to the heavens in an instant. “One voice for all/Echoing around the hall” went a line from “We Can Talk” off The Band’s first album, Music from Big Pink, and that aesthetic held true for as long as they were together. Combined with Robertson’s songwriting acumen and guitar expertise and multi-instrumentalist Garth Hudson’s wizardry, they managed a brilliance too delicate to sustain; hence, they essentially made only five albums of original material as a quintet before splintering in 1976. 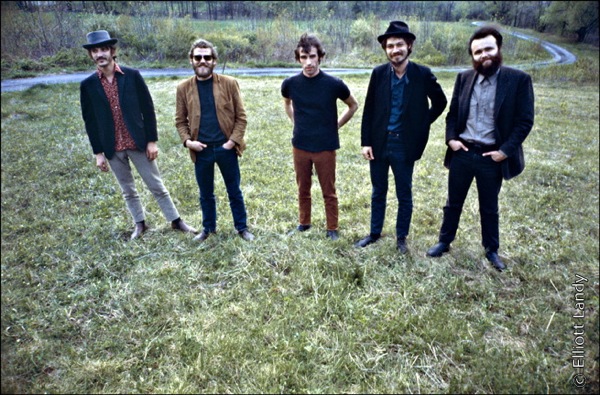 Quite frankly, it took Levon about thirty years to truly find his footing as a solo artist. After Band reunions were eventually scuttled by the deaths of Manuel and Danko, and after fighting off cancer treatments which temporarily robbed him of that amazing voice, he came back with two excellent solo albums. With friends and family playing along with him and the rootsy music that he loved back in favor again, Helm tore into an outstanding collection of songs on Dirt Farmer in 2007 and Electric Dirt in 2009.

His voice wasn’t the same indestructible force it had once been, but it was somehow even more moving in its fragility. Helm taught a master class in interpretive singing on these albums. Whether tackling traditional blues and folk songs or the material of contemporary songwriters, Levon lent it all a timeless glow. Listen to his take on Steve Earle’s “The Mountain,” and you can hear the old grit and defiance intact.

Maybe this late-career renaissance, added to the fact that he was keeping such a busy touring schedule, is part of what makes this news so hard to take. It seemed like he had beaten cancer and would still be doing his Midnight Rambles long after the rest of us had crossed that wide river. At least there is comfort in knowing that Helm feistily outlived expectations at the very end, allowing family, friends, and colleagues (including Robertson, with whom he had famously feuded) to be with him, singing music by his bedside as he passed.

Not that it makes it any easier on us fans of his trying to comprehend it. I’ve been at a loss, so I did what I always do when I’m feeling low: I put on some music. In this case, it was The Band by The Band, their second album that remains one of my favorite albums of all time. Surrounded by those voices again, I felt better for a while. There was Rick, anguished on “The Unfaithful Servant,” sweet on “When You Awake.” There was Richard, a harried farmer on “King Harvest (Has Surely Come)” and plumbing the depths of loneliness like only he could on “Whispering Pines.”

And there was Levon, doing it all. Drumming as if his life depended on it while Robertson laid down furious licks at the end of “King Harvest,” yodeling up a storm on “Up On Cripple Creek,” turning on the bad-boy charm on “Rag Mama Rag,” and, as tears rolled down my face, once more embodying dignity in defeat like no one else ever has as Virgil Caine in “The Night They Drove Old Dixie Down.”

“They should never have taken the very best,” Levon sings in that song. Most of the very best are gone from us physically now, but I’d like to think the inimitable voices of The Band are echoing around some great hall somewhere. At moments like these, such fanciful notions are all their devoted fans, and I proudly include myself in that grouping, have got.