Grammy Award-winning musician Jason Isbell announced that he’s contracted the COVID-19 virus and as a result has to cancel some upcoming shows.

The popular Twitter personality took to social media to share the news, writing on the platform, “Got myself a breakthrough case of Covid- feeling fine but we’ll have to cancel the next few shows (Asheville, Louisville, Columbus, Wilkes-Barre, and Wilmington). Refunds at point of purchase but we’re working on rescheduling.”

He added: “Correction- Asheville shows are the only ones we’re canceling, Louisville, Columbus, Wilkes-Barre and Wilmington are currently being rescheduled if you want to hold on a bit”

He also shared his symptoms, writing, “Lotta sinus drainage type stuff, scratchy in my throat and some muscle aches but no cough or breathing issues fyi. Boosted and very grateful for it.”

To continue to clarify his situation and to add a little levity, Isbell engaged with some fans and commenters on the platform.

Responding to one fan who wrote, “wishing you a speedy recovery! how are [Isbell’s family] amanda & mercy feeling,” Isbell replied “Mercy is negative with no symptoms and Amanda didn’t come with me on this run, she’s negative at home. Thanks.”

And Isbell had a response for a fan who said, “If only Jason had drank his own urine with a Maglite up his bum to ward off the COVID I’d be going to his show tomorrow night!” He wrote, “Man if that worked I never would’ve got it in the first place. I’ve been training for festival season.”

The talented and outspoken artist was in the news yesterday for expressing his disappointment with the Grand Ole Opry after the institution brought Morgan Wallen on for a guest appearance over the weekend. 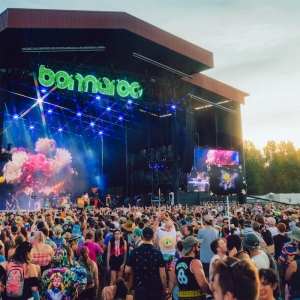