If you or a loved one are struggling with suicidal thoughts, please reach out to the National Suicide Prevention Lifeline at 1-800-273-TALK (8255), or contact the Crisis Text Line by texting TALK to 741741. You can also text or dial 988.

When news broke on Wednesday, December 14 about the death of Stephen “tWitch” Boss, DJ on The Ellen DeGeneres Show, and judge on So You Think You Can Dance, the entertainment industry took to social media to share their shock and sadness over the loss.

Stephen “tWitch” Boss died by suicide. He was 40 years old.

Wrote Boss’ 34-year-old wife, Allison Holker, in a statement to People, “It is with the heaviest of hearts that I have to share my husband Stephen has left us. Stephen lit up every room he stepped into. He valued family, friends, and community above all else, and leading with love and light was everything to him. He was the backbone of our family, the best husband and father, and an inspiration to his fans.”

Police told TMZ  that Holker went to the L.A.P.D. station on Tuesday (December 13) “frantic” after Boss left their home without his car, an uncharacteristic move. Not long after, L.A.P.D. was tipped about a shooting in an L.A. hotel. Boss was found there dead from an apparent self-inflicted gunshot wound to his head. Boss had checked into the hotel on Monday.

Boss had posted an Instagram video of him and Holker dancing together as recently as Sunday (see below). He and his wife celebrated their anniversary over the weekend.

Said DeGeneres in a tweet, “I’m heartbroken. tWitch was pure love and light. He was my family, and I loved him with all my heart. I will miss him. Please send your love and support to Allison and his beautiful children – Weslie, Maddox, and Zaia.”

Wrote Jennifer Hudson on Twitter, “We need to pray ! My God ! U never know what someone is going through. This breaks my heart.”

Justin Timberlake shared, “It’s heartbreaking to hear that someone who brought so much joy to a room, was hurting so much behind closed doors. I’ve known Twitch for over 20 years through the dance community – he always lit everything up. You just never know what someone is really going through.”

Country singer Jimmie Allen wrote, “Stephen (Twitch) my brother, one the best people I’ve ever gotten to know. I gonna miss the laughs, the jokes, the honest conversations and these random videos. We are gonna miss you. Thank you for your light. Praying for Allison and the children. This hurts.”

JLo added, “Twitch was such a light and a beautiful soul…Shocked and deeply saddened. My heart breaks for Twitch, his wife, and children Sending you love and strength.”

Adam Lambert shared, “Shocked and saddened to hear the news of @official_tWitch death. Twitch was a warm, joyful, and loving person that I had the honor of working with on tv a bit. Always the most genuine and down to earth and humble energy. Sending his family my deepest sympathies. #RIPTwitch.”

Questlove shared his thoughts on Instagram saying, ” have no words man.
🙏🏾🙏🏾🙏🏾🙏🏾🙏🏾
May his family find resolution in this dark time.

May we all find peace of mind in our everyday lives. Everyday is a winding road & you just may never know who is on the edge. A lot of us can’t process emotions & how to deal with it. I’ll admit yesterday was rotten & every minuscule occurrence of a Murphy’s Law nature sent me spiraling.

Take time out for yourselves if you feel like you’re on the edge (I know most of us are confused when it comes to darker emotions like sadness and anger—-both healthy to express but becomes problematic when your solution is to figure out how to get rid of the feelings that don’t feel good to you.

Take time out for yourselves & sit in silence people. Time literally heals wounds.

Boss and Holker married in 2013. They had two kids together and Boss adopted her daughter, Weslie.

“To say he left a legacy would be an understatement, and his positive impact will continue to be felt,” Holker said in her statement. “I am certain there won’t be a day that goes by that we won’t honor his memory. We ask for privacy during this difficult time for myself and especially for our three children.”

Photo by FOX via Getty Images 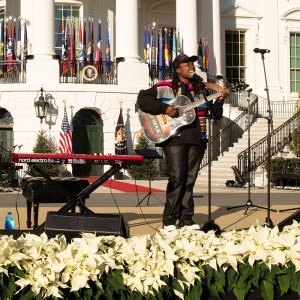