Writing eight of the album’s 10 songs on her own, Jessica Willis Fisher is telling her story on her new album, Brand New Day, out April 13.

Through 10 tracks, produced by Ben Fowler, Fisher touches on vulnerable moments in her life from leaving her family band, The Willis Clan (TLC’s The Willis Family, America’s Got Talent), after her father was arrested and jailed for sexual abuse, to her struggle to find freedom and reclaim her voice. She receded from the spotlight to take time to build back her life.

“This record represents a new chapter in both my personal and artistic life,” Fisher tells American Songwriter. “After leaving my family band back in 2016, I dove into trauma therapy and stopped writing and performing altogether, just trying to make sense of my past and get to a healthier place. I am now so much happier and free to be myself.”

Brand New Day is just that for Fisher—a new day on her journey to healing and empowerment, giving her a second chance at a new life.

“Each of these songs tells a different moment in my story and represents a unique way of starting over,” Fisher says. “We begin again one day, one moment at a time. Sometimes it’s a monumental fight requiring courage and action. Sometimes it’s a tender, reflective moment that unlocks new understanding. I mean every single word on this album. This is me reclaiming my voice and I’ve found I have a lot to say.”

In her own words, Fisher takes American Songwriter readers through a track-by-track rundown of Brand New Day.

For about 8 years, I thought “Brand New Day” would make a good song title, but when I tried to picture a fresh beginning I couldn’t imagine it. When I finally stood up for myself and fought for a second chance at life, I felt so much gratitude and hope on the other side. What I had been through was so hard. At times, I thought surviving was going to be impossible. So when I did survive, in a way, nothing seemed impossible anymore. In the summer of 2019, I was in the process of planning the songs for this album and felt something was missing. I wanted a pump-up song, a song that celebrated and summed up the way I see life’s potential now. It was the last song written and it brought the whole theme of the record together. I love the idea that we don’t get to choose the hand we’re dealt, but we get to play the hell out of the cards we’re holding. This song is my own reminder that every day, every moment really is an invitation to begin again.

“Fire” has been a visceral, powerful symbol in my story. When I was a kid, my home burned to the ground and I’ll never forget that scene of total destruction. Years later, when I was trying to get out of the dangerous and toxic situation I was in, I kept having reoccurring nightmares that I was stuck in a burning house. People went about like nothing was wrong, making me feel like I was crazy for trying to get out. I was lucky enough to write this with Jon Randall, who co-wrote the beautifully dark song “Whiskey Lullaby” and has been doing a lot of cool stuff lately. Going in, I had some chords, the fiddle melody, and a handful of words. To me, the song captures the urgency, the last-chance call, the warning. One part of me, the part that can see the fire, is trying to wake up another part of me, the part in denial, saying we need to escape while there is still time. Because sometimes the only way to survive is to let it all burn to the ground and start over.

As a teenager, I used to write a lot of love songs. I realize now that most of those songs were just my imagination, my hopes, and guesses at what I thought love would be like. This song was the first time I consciously sat down and tried to write about my happy, healthy relationship with my husband and it was so much harder than I thought it would be. It was overwhelming, even writing one line at a time. Ultimately, when you commit to someone, you open yourself up to the possibility of hurt more than ever before. This song is an acknowledgment of that risk, the devastating vulnerability of surrender and intimacy in every moment of love.

This is the oldest song on the record. I wrote it when I was still with my family band, right when we were becoming more stressed and busy than ever. When we performed the song, I think people thought we represented the wholesome images in the chorus, but those were the things I actually felt were disappearing at the time. I resonate with this song in a whole new way now. I feel I am finally beginning to live out these lyrics by simplifying my life, slowing down the pace, being present, and appreciating the beauty in little, everyday things.

I have been extremely privileged in my recovery journey, always getting great help and support from almost anywhere I turn. So many other victims of childhood sexual abuse cannot say the same. There is so much pressure to be a “good survivor,” to be high-functioning, not too damaged, not too much to handle. Even during the hardest parts of my life, I always had food, clean living conditions, access to the arts, and nice things that kept me going. Frankly, I’m a middle-class white girl who likes to sing and it’s not right that I would get more help and sympathy than any other survivor who doesn’t look like me or wasn’t lucky enough to have the “nice” that was mixed up with my “bad”. I think there are many people out there completely blind to the fact that they are the lucky ones and they need to realize how much they take for granted in this world. Some days, that’s still me.

At the darkest point in my story, I found I couldn’t write songs anymore. The inspiration dried up and tapping into my emotions was too excruciating, too dangerous. Looking back I’m grateful for that loss because it drove me to realize I needed better tools and resources. After a few years, I found my way back to writing with this song. The lyrics for “My History” came at a turning point where I was finally ready to claim and own the hardest, darkest parts of my story. It’s a long, hard process to transform trauma from something that’s wrong with you, to something that happened to you. To look at the person who hurt you and say, for the record, I survived you. Past tense. You used to be big and I was small and now it’s the opposite. It’s a profound shift. That closure propelled me forward into the next chapter of my story that now I get to write.

I think you can probably hear that this melody was written backstage while on tour in Ireland. There were no words for a while, and lyrics only started coming right before I left my family band. I was trying not to think too much at the time, but looking back, I was asking for a power larger than myself to come carry me away to a better place. I had obviously come to a semi-conscious decision but was unsure if I had what it would take to follow through. I still connect with this song whenever I come to a new challenge or a new level of understanding. There’s this moment on the brink where you have to have faith enough to let go and let the current take you somewhere new, somewhere you can’t get on your own. You don’t know where you’ll end up, but you know you have to go on the journey.

This is the only track on the album that I didn’t write or co-write. I wasn’t against recording other people’s work, but all the other songs are obviously so personal and I can honestly say I mean every single word of them. My relationship with my husband was a huge catalyst for me breaking out of my toxic upbringing. Yes, we fell in love with each other, but our story was much more complicated than that. I had wondered how I could put that in a song and figured it was probably too big to boil down into a few verses. My father-in-law brought me the printed lyrics for “You Move Me” one day and I just started bawling. The end of the first chorus sums it up, “I can’t go with you and stay where I am, so you move me.” I can’t speak to exactly how the original writers were feeling, but every line of the song speaks to Sean and I’s story in a powerful way.

I wrote this song after a humiliating and painful incident where I was told I wasn’t good enough as a person, as an artist, and as a performer. I didn’t stand up for myself at that moment, but this song was my rebellion against that idea, a bold declaration that I would one day be strong and free. When I sing it now, I am filled with such courage, energy, and power, because I can look around and see the living proof that I kept that promise to myself. The lyric is both a hopeful prophecy and an anthem of victory.

We kept this track very simple and it sings like a letter I wrote but never sent. Therapy taught me that can be a powerful tool for processing my own feelings when normal closure isn’t really an option. I found myself in a position where I felt I had negative information about someone and might very well regret not speaking up if another person got hurt as a result of my silence. I don’t like to meddle in other people’s business and so it’s been hard to know what to say or not say at times. What is my moral obligation and role in each unique situation? Whom should I protect? Many others wrestled with this same question before me and I want to do better, but it’s complicated and the learning never ends. 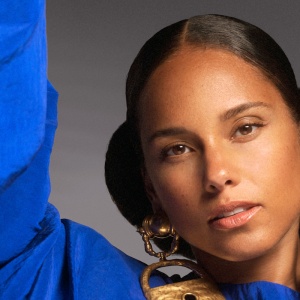 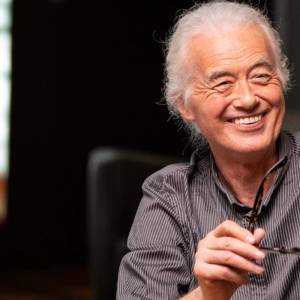