Grammy-winning artist Jewel Kilcher—better known simply by her first name—became a star in the ’90s starting with her 1995 LP, Pieces of You. At the time, bands like Nirvana and Pearl Jam had a hold on the music-loving public consciousness. But Jewel also worked her way into fame. While many considered the blonde Alaskan the antithesis of the flannel-wearing, stringy-haired rockers, in a more precise way, she was complementary to the grunge ethos.

Today, Jewel says she loves grunge. It was a revolution. When glam and synth-pop ruled the airwaves, grunge came along with an honesty that said we’re not all fine, we’re not all happy. At the time, Jewel says, she knew deep sadness, too. She appreciated grunge’s message. And her own added to the ideas grunge offered. You can only be in pain for so long before you either end it or build out of it, Jewel says. Thankfully for her fans, Jewel didn’t find her end then. Instead, she prospered and continues to today with the release of her 2022 LP, Freewheelin’ Woman.

“Music critics hated me,” says Jewel of her entry into popular culture. “They’d call me Pollyanna. They didn’t know what to do with me.”

The music she made then acknowledged pain and depression but also asked the question: What’s next? It said: I’m in pain so now what? And it was that message, she says, that resonated with her fans and positioned her to be one of the most successful artists of the ’90s and maybe even the latter half of the 20th century. But for Jewel, everything really started with family and living in remote areas without much to do besides read and sing. Growing up, Jewel’s parents were musicians. Her grandmother was a poet and opera singer who moved to Alaska from Europe to escape World War II. She taught all her kids to sing, and that tradition was later imparted to Jewel. She learned to yodel around 5 years old.

“I didn’t have a lot of friends in kindergarten,” she says with a little laugh.

Jewel fell in love with singing and with singers. She loved to mimic her heroes like Ella Fitzgerald and Joni Mitchell. (Later, she used this talent as an actor.) Jewel learned about breath control and tone. As a teenager, she was told she sounded too much like her heroes but, she says, she discarded that critique. In fact, discarding useless critiques and critics has become one of her superpowers. Even at 18 years old, she knew she was still finding her way, so there was no need to discount any creative impulse out of hand. What did they know? Famously, Jewel grew up poor. She lived in her car for parts of her life. She lived in the proverbial middle of nowhere in Alaska. But all that time gave her space and hours to hone and study.

“Alaska really shaped me,” she says. “The scale, the quiet, the isolation caused me to be a specific type of writer.”

She read Flannery O’Connor and Anton Chekhov. She absorbed a sense of “beginning, middle, and end” and brought that to her songs, including hits like “Who Will Save Your Soul” and “Hands.” She was awed and empowered by the women in Alaska who weren’t considered less-than when it came to their male counterparts. She played in bars with her dad and later solo, learning how to deal with hecklers, creeps, and loud talkers. She earned their attention. The work, of course, has since paid off—most recently with her 13th album. But for Jewel, it’s all been part of her long vision of her career path.

“One of my goals when I started my career,” she says, “was that I wanted to try and do this for 60 years. Having a 60-year career as a singer/songwriter as a female isn’t common.”

To figure out the metaphorical jigsaw puzzle to achieve that ambition, Jewel looked to people like Madonna and Cher. She knew she was behind the proverbial 8-ball, especially if she wanted to have children, change genres mid-career, and release the music she wanted to. But, still, she knew she could do it—somehow. She made sure she allowed time between record releases to make sure her head was on straight ahead of each project. She allowed time to raise her son. She fought to be who she was in her professional life. And she relied on the knowledge that women before her had achieved much, beginning with those Alaskan pioneers like her grandmother. And for Freewheelin’, Jewel wanted to begin it all again from scratch.

“I have thousands of songs in my back catalog,” Jewel says. “But for this, I didn’t want to go into my back catalog. I wanted it to be who I am now.”

Standouts on the new LP include the soulful opener “Long Way ‘Round” and acoustic-driven “Half Life.” They mark a real achievement for Jewel, who also made headlines in 2021 for winning the popular singing competition show The Masked Singer. Jewel, who says she grew up in an abusive household, also works diligently on her charity, which helps less fortunate kids get on their feet. She cares about nature versus nurture. She is a product of hard work and abnormal beginnings. But that’s where art can truly flourish.

“For me,” Jewel says, “writing has just been a really good friend. It’s a constant companion in my life through tremendous loneliness and heartbreak and joy.” 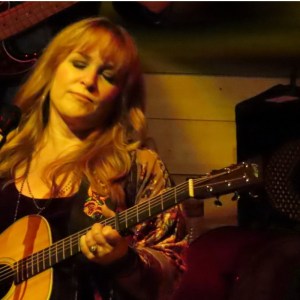