Joe Walsh has donated more than half a million dollars to veterans in need.

Through his 2022 VetsAid event the legendary guitarist raised $650,000, which has been distributed as grants to veteran-focused organizations. Dave Grohl, Nine Inch Nails, the Black Keys and Walsh were among the all-star performers who took the stage at Nationwide Arena in Columbus, Ohio, in November 2022 for the benefit show.

The funds were dispersed to 16 organizations, all of which have ties to the state of Ohio, seven of which received $75,000. Among the recipients are Paralyzed Veterans of America, Buckeye Chapter, which provides accessibility to the homes of wounded veterans, Travis Manion Foundation, which offers youth development and mentorship programs, and QL+ Foundation, which supports scientific research to help improve the lives of wounded veterans. See the full list HERE.

“VetsAid 2022 in Columbus will be a memory that my family and I will cherish forever and I am grateful to the bands that participated, Nationwide Arena, and our friends at Ohio State; Ohio is and will always be my home that I hope I can continue to make proud,” Walsh explains. “VetsAid is a traveling circus that we aim to share with as many military communities across the country as possible.”

The legendary rocker has roots in Ohio, as it’s where he spent the formative days of his early career playing in various bands around Cleveland during his brief tenure at Kent State University.

VetsAid is a nonprofit founded by Walsh in 2017. The nonprofit is inspired by Walsh’s personal connection to war. His father, Lt. Robert Newton Fidler, was a flight instructor in the United States Air Force who died during active duty in Okinawa, Japan, when Walsh was a baby. Many of the singer’s friends perished in the Vietnam War or suffered from PTSD upon returning home. VetsAid and the annual benefit concert raise funds to serve the unique needs of veterans and their families, along with other veterans-based organizations that provide holistic care.

VetsAid 2023 will take place on November 12 in San Diego. 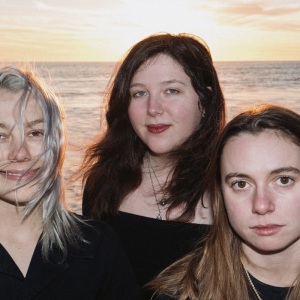