George Strait is paying it forward to veterans with a special event.

Strait and his longtime friend Tom Cusick recently hosted the 12th annual Vaqueros del Mar golf tournament and benefit concert at Tapatio Springs Hill Country Resort in Texas for Feherty’s Troops First Foundation, a nonprofit formed after the September 11 attacks to provide wellness support and initiatives for soldiers wounded in combat, including providing housing and service dogs to injured veterans and their families. The event raised $2.4 million for the organization, bringing the grand total across all of the events north of $17 million.

Strait and Cusick, who acquired Tapatio in 2011, have been hosting the event since Veterans Day that same year. “We decided holding an event for our military heroes was perfect and then we met David Feherty with Troops First, and the rest is history,” Cusick remarks in a press statement. “I believe we both would agree that this has been one of the most fulfilling experiences we have been involved in, and have grown so close to so many that have sacrificed for our country and all of us!”

This isn’t the only way Strait is helping veterans and their families this holiday season. He’s also decorated a tree boasting blue decorations in honor of people who serve in the line of duty, which is on display at the Gaylord Opryland Resort in Nashville as part of the Parade of Trees. Part of the effort includes auctioning off a VIP experience to Strait’s show in Denver in 2023, the proceeds benefiting the First Responders Children’s Foundation which supports the children and families of first responders. 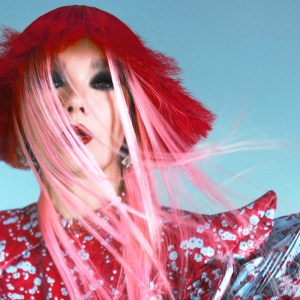