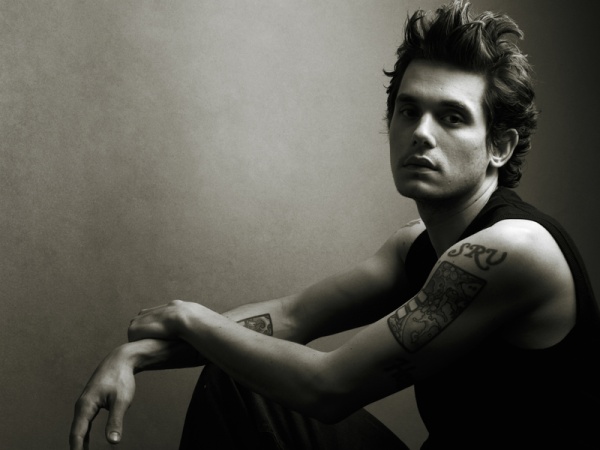 John Mayer’s backing band doesn’t have a name. There’s no cute moniker—a la opener, Michael Franti & Spearhead. There’s not even a “…and friends” attached to the back of the 32-year-old star’s name. So in a way, it makes sense that Mayer sets up his live show the way he does—drums in one corner, keyboardist and background singers in another, guitarists scattered across the stage—leaving him dead center, backed only by a giant video screen that spent most of the show showing the headliner in his various poses.

Mayer was referring to his recent interview with Playboy, in which he used a black racial slur and went on to say that the reason he can’t have a relationship with black women is because while his brain is willing, the more sexual part of him is like a “white supremacist,” name-dropping former Grand Wizard of the Ku Klux Klan, David Duke.

Five of the eight members of Mayer’s backing band are black. There’s drummer Stevie Jordan, who had a three-minute-long drum solo as a segue into “Waiting on the World To Change,” and there’s guitarist David Ryan Harris, who took the spotlight in the lead-in to the ballad, “Slow Dancing in a Burning Room,” singing and playing all by himself as Mayer hid back into the shadows.

“I quit the sound bite game. I quit the media game. I’m out…I just want to play my guitar,” Mayer said after admitting he’d fallen down a “wormhole of selfishness and greed and arrogance” and that the offending lines were the product of him trying “to slither out of what I perceived to be constant persecution.” Behind him, one of his two black background singers broke down in tears and covered her face.

The concert up until this point had been surprisingly light-hearted despite all the controversy, filled with Mayer’s signature hits like “No Such Thing” and “Bigger Than My Body” as well as rowdy blues-infused guitar solos from both Mayer and guitarist Robbie McIntosh, who took turns laying down licks before harmonizing on several songs.

There were forays into funk and jam-band territory in addition to covers that left most of the teenaged crowd scratching their heads—“I’m on Fire” by Bruce Springsteen, “Dreams” by Fleetwood Mac”—and another—“Crossroads,” in the style of Eric Clapton—that most of the audience probably thought Mayer wrote since it’s a track on his newest album, Battle Studies.

There was even relationship advice from Mayer, known for dating such celebrities as Jennifer Aniston and Jessica Simpson, who declared that everyone should stop worrying about trying to define things and just “have some sick fun.”

But somehow the night seemed destined to end on a sour note. At the end of his set, as Mayer introduced the band one last time, he paused when he got to himself. “My name is John Mayer and I’m gonna figure that out,” he said reluctantly before launching into his passionate solo of the night, his eyes so tightly closed and his cheeks so glistening, you could’ve sworn he was crying too.

To close his two-song encore, Mayer preformed the smash-hit “Say,” which features a twinkling ukulele riff. As he sang, “You’d better know that in the end/It’s better to say too much/Then never say what you need to say again,” one had to wonder if Mayer still agreed with the lyrics he’d penned just three years ago. Hopefully not. 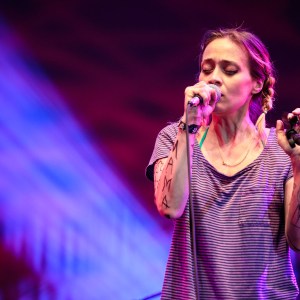