In seventy-three short years, iconic singer-songwriter, Mr. John Prine, chronicled the human experience through song. Prine spoke to the world in common verse. A true poet for the masses. Familiar elements in each of his songs guide his millions of listeners through a shared experience. Respected as an industry patriarch but loved as a goofy uncle, fans will remember John Prine for the humor and ease with which he approached life and country music. Stylistically poignant, and respectfully jocular, he made it all look so easy, despite his trials along the way.

The recipient of the Grammy 2020 Lifetime Achievement Award’s idea of fancy was the Christmas Tree he notoriously left up year-round or a Tuesday Meatloaf Special at Arnold’s Country Kitchen. From humble beginnings in rural Illinois, Prine emerged as a leading member of the Chicago folk revival in the late 1960s. Previously, Prine, an army veteran, worked as a mailman. On the side, he wrote songs such as “Your Flag Decal Won’t Get You Into Heaven Anymore,” a witty social commentary on misguided American loyalty during Vietnam. Prine was discovered by Kris Kristofferson in the Windy City and invited onstage at his show at New York’s Bitter End in 1971. The following day, Prine received a deal offer from Atlantic Records.

Prine made his self-titled debut that same year with a classic album. John Prine examined not-so-sexy themes, like middle-aged Southern housewives (“Angel From Montgomery”), the destruction of archaic Kentucky farmland (“Paradise”), and the loneliness of senior citizens (“Hello in There”), taking on subjective emotion with clever prudence.

The audible hesitation from his breakout album is a stark contrast to 1973’s Prine found on the cover of Sweet Revenge; boots-in-your-face, cigarette hanging from the corner of his smirk, making a throne for himself across the front seat of a Porsche convertible. As he came into himself, the music continued to pour out of him and pooled into one of the most impressive catalogs of his generation of songwriters. His trans-genre approach threw off the rigidity of major labels. This friction marked the beginning of his own independent record label, Oh Boy Records. Following this milestone was a footloose decade spent, as Prine described, “daydreaming.”

His marriage to his third wife and manager, Fiona, in 1996 brought him back down to earth. “I didn’t know that I was missing that until I found it,” he explained to Rolling Stone. “All of a sudden, I felt normal with a capital N.”

The happiness he found later in his life inversely correlated with the number of songs he wrote. “The one thing I can’t remember about writing songs is just how fucking simple it is,” the legendary songwriter shared.

In true John Prine fashion, he began crafting the narrative of life without John Prine, long before he left us. Songs like “Paradise,” “Please Don’t Bury Me,” and finally, “When I Get To Heaven,” transcended his earthly life to catch a glimpse of what laid ahead. With a somewhat scientific balance between reverence and humor, Prine was able to make light the darkness of the unknown.

His definitively graveled voice told a story of survival. In the late 1990s, a surgery to remove cancer from his neck left him hunched over and changed the tone of his voice. Prine reflected later with gratitude on the deepening that resulted in his trademark timbre. After beating cancer once, Prine hopped back into the ring, battling it again in his left lung. He drew strength and alleviated pain through laughter.

Prine understood imitation was among the highest forms of flattery and made dear friends with artists who covered his work over the years. These artists included Johnny Cash (“Sam Stone”), Bette Midler (“Hello in There”) and Bonnie Raitt (“Angel From Montgomery”), Miranda Lambert (“That’s the Way the World Goes Round”) and Todd Snider (“All The Best”). Additionally, he is an uncredited co-writer on “You Never Even Call Me by My Name,” made famous by David Allan Coe and recorded by countless others.

Leading up to the release of what would be John Prine’s final record, he spoke with Rolling Stone about religion, a natural inclination in the sunset years of life. He shared that he did believe in God, but jaded by the way Christians used their holy book as a political weapon. “I think of the Bible as an unauthorized biography,” explained Prine. “I think that the disciples were all trying to vie for their personal time that they spent around Jesus. If I wrote anything, I would go toward that.”

With no formal indication that his 2018 release would be his last, the revered songwriter closed out the ultimate Tree of Forgiveness with a whimsical meditation on the afterlife. The album is named loosely for a restaurant, The Tree of Idleness, in his wife’s home country of Ireland. “When I Get to Heaven” places Prine at the pearly gates, peeking in on beloved bad habits he dropped for his health, and all the loved ones he hasn’t seen in so long:

“When I get to heaven, I’m gonna shake God’s hand/Thank him for more blessings than one man can stand/Then I’m gonna get a guitar and start a rock-n-roll band/ Check into a swell hotel; ain’t the afterlife grand?”

“And then I’m gonna get a cocktail: vodka and ginger ale/ Yeah, I’m gonna smoke a cigarette that’s nine miles long/I’m gonna kiss that pretty girl on the tilt-a-whirl /’Cause this old man is goin’ to town.”

Prine recorded “When I Get to Heaven” with producer Dave Cobb, who shared, “there are few people on the planet with his command of a pen, so my concept with him was just to get out of the way of his lyrics.” A party of devoted fans who became friends and three generations of his family joined in on the production, singing along in the background at Nashville’s historic Studio A.

“He came up to me and said, ‘You know what this song needs?’ Cobb recalled with Uncut Magazine. “‘Kazoos’! Oh boy. You can hear everybody having fun when they’re singing along and all playing those kazoos. You can’t help but laugh.”

On one kazoo was songwriter and longtime fan, Brandi Carlile. “We were just having a good time drinking, dancing, and singing along, and I started the yodeling to make John laugh,” Carlile recalled. “I didn’t know it would end up on the record!” Jason Isbell, and his songwriter wife, Amanda Shires, joined Carlile on set, both insistent of the continued honor of sharing the stage with the legendary songwriter.

The track features his grandson’s giggling in the background, a timestamped legacy of the Prine family. “He’s giggling ’cause his dad is chasing him around the room,” Prine shared with NPR. “And if you listen really carefully, you can hear Jody (his son) go, ‘Don’t break anything expensive,’ and I start laughing. That was going on while we were cutting that song, but we had such a good cut that we didn’t want to take it off there. To hear a kid, a baby, giggling when you’re talking about heaven — it all kinda made sense, you know?”

With characteristically dark humor, Prine paints a picture of the promised land that replaces fear with hilarity and mystery with longing. “My sense of humor has saved me more than a couple of times in my life,” Prine remarked. “If I can make myself laugh about something that I should be crying about, that’s pretty good.”

Prine discussed his audience doubling over the last decade with CBS This Morning. “It took some of them 45 years to get the joke,” he laughed, “and I’m still around to reap the benefits.”

His untimely passing leaves an indubitable hole in this grief-stricken world. Yet, the bountiful gifts he left behind bring peace. Each track from his expansive eighteen-album catalog will continuously uncover new meaning, re-introducing the magic of Mr.Prine to generations to come. 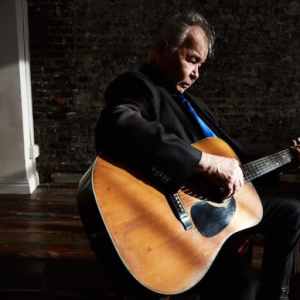 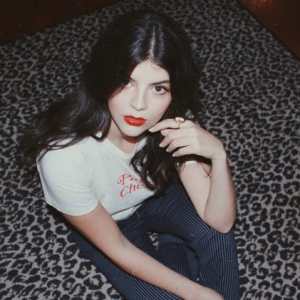