Jolie Holland is back with Wine Dark Sea, her first new album in three years (stream it here). We spoke to the Houston, Texas-born songbird about toy pianos, finding inspiration from Tom Waits and Beyoncé,  her favorite lyrics from the new album and and more.

How would you describe Wine Dark Sea?

Wine Dark Sea is a big, noisy rock record, with some moments of ‘avant-soul’ as someone said. It’s kind of a huge production —  two full drum sets on each song, horns, and sometimes as many as four electric guitars at the same time. The core group of musicians numbers seven, and then we added some strings, so it goes up to nine musicians on some songs, mostly playing simultaneously. Doug Jenkins, the engineer with whom I produced this record is a wonderful cellist; I don’t get nearly enough chances to play violin, so I joined him on some of the tracks. Everyone in my band is a stellar improviser. Several very fine musicians, including my hero Michael Hurley have independently commented that this record feels “Alive.”

There were only four musicians on my last record: Marc Ribot, Grey Gersten, Shahzad Ismaily and myself. So it’s a much more contained expression. I think that people who like Wine Dark Sea will go back and appreciate Pint Of Blood.

Your lead single shares a name with The Doors — “Waiting For the Sun.” Are you a Doors fan?

I have never heard the Doors album (or song?) called “Waiting For the Sun.” I appreciate it when a  Doors song comes on the radio, but I’ve never gotten into their albums. They sound like a real band, and they have a good handle on the dramatic possibilities of a pop song. Their songs are like a breath of fresh air in the context of an oldies station, but they aren’t a well of mystery for me. If I’m going to get into music, it needs to be completely mystifying to me.

Did you have fun playing those skronky guitar parts?

I guess you didn’t get the liner notes? I’m the rhythm guitarist on the record. Rhythm guitar is an under-appreciated beast and that’s alright. If I’m not playing rhythm guitar I’m playing piano. You’re probably thinking of the guitar parts that Indigo Street, Doug Wieselman, and Adam Brisbin were playing. They looked like they were having fun, like Mothra and Godzilla wrestling over Tokyo.

I hear that a lot of professional musicians don’t play music on a regular basis. The musicians I’m friends with play all the time. In the kitchen, on the porch, on the roof, on the fire-escape, while somebody’s doing the dishes, while somebody’s cooking. A couple nights ago my bandmate Adam Brisbin and I played around the kitchen table while our friends were drawing. Adam was playing some of his beautiful compositions. We fooled around with some songs of Waits’, Michael Hurley, and early George Jones songs.

When I was 13, a neighbor girl who was 3 years older than me gave me lessons. She’s a badass, Tess Wiley, one of the kindest people I’d ever met.

I was 6. It has no words. I composed it on my own with zero prompting from adults. My stepdad’s father, who I met twice, had given me a Jaymar toy piano. I recorded the piece on my album Escondida because a Jaymar happened to be at the studio where we were working. I called it “Tiny Idyll” and used it as an introduction to a another song.

I’ve got a few simmering on the back burners, like always. “On and On” is the most recently written song on Wine Dark Sea.

That’s really not for me to say. My songs really aren’t ‘for’ me. But I stand behind any song I’ve ever recorded. If I didn’t need to write it I wouldn’t have.

I let them come get me – I never try to write songs, although sometimes there is effort expended  in finishing them. Most of the songs on Wine Dark Sea were terribly insistent about being born. I ignored most of them for years but they kept echoing in my mind. It’s my experience that songs one tries to write are not worth writing.

I do a lot of good lyric writing on the subway, in little books or just on my phone.

Like I was saying, I stand behind all my work, and I could say I’m proud of any of them for several reasons. I’m proud of a song called “Out On The Wine Dark Sea” because the band performance feels so menacing and transcendent.

I like this line from “On and On” because it’s so doltish and visual:

And the night come(s) down

And the stars swing around”

And I like the verses from “Palm Wine Drunkard” because they’re so tight and complex, with multiple allusions:

‘I took it right down to the crossroads

I held my babe in my arms

And we danced ’til the dawn

To those old Creole songs

And they slipped into Les Barres de La Prison

And then I kissed all my diamonds

I got my hands on the dice

I get my hackles up about racial epithets. But that said, words are just tools. Always depends on who says them and why.

All of them, I hope.

I write non-fiction. I’m in the midst of a big narrative project. I’m interviewing my friends who have stories that seem “impossible.” There are a few Sasquatch encounters and a lot of ghost stories. The project has been really satisfying. I’m almost ready to start talking to publishers.

I’d love to write some songs with Nick Tosches.

Daniel Johnston is one of our greatest living songwriters. He gets a lot of attention for being an extreme eccentric, but when it comes down to technique, just his writing, he’s masterful. He’s up there with Neil Young and John Lennon. I was disappointed that the documentary about him focused so squarely on the manifestations of his illness, and not on the simple brilliance of his work. If I’d seen that doc without knowing his work, I could have walked away with no sense of his great stature as an artist.

I think there are a lot of perfect songs. “Satisfaction” comes to mind. The Staples Singers’ “Pray On” is with me a lot these days. Waits’ “Who Are You This Time?” is a diamond. I love Michael Hurley’s “The Sun Is Slowly Sinking” and Willie McTell’s “Mama, ‘T’ain’t Long ‘Fore Day.” Boots Riley’s “Ride The Fence” is perfect, and so is Lou Reed’s “Venus In Furs.” And it didn’t get to be a cliche by being false, but our boy Bob Dylan wrote a bunch of perfect songs —  “Lay, Lady, Lay.” Neil Young’s “Don’t Cry No Tears.”

I can’t think of a Howlin’ Wolf song that’s not perfect. I better just stop. I could go on all night… 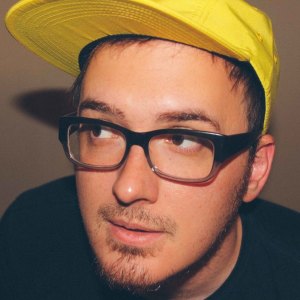 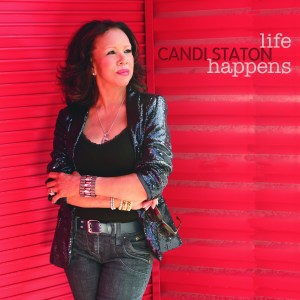