After the category 5 Hurricane Dorian slammed The Bahamas in 2019, the country was left devastated, particularly the Abacos, located in the Northern region of the island. A month following the hurricane, JT Hodges went down to the area to offer whatever help he could, and in the process, an old song resurfaced.

Immediately following the hurricane, rebuilding efforts were underway to restore schools, homes, and businesses with the help of a Global Empowerment Mission (GEM) and benefactors of Treasure Cay homeowners but were recently halted when the pandemic hit. Hodges had visited The Bahamas before and felt drawn to see the situation first-hand.

“It’s not hard for anybody to be drawn to the beauty of the islands and the water,” says Hodges. “So I felt this kind of duty, of ‘let me go down there and help.’ I didn’t necessarily know what I could do. It’s just me moving stuff around, cleaning up—whatever was needed.”

Arriving to The Abacos, Hodges saw the devastation first-hand and was blown away. “There’s just this spirit there, and the people have this attitude that ‘we’ll get through it,’” says Hodges. “There was a smile on their face every time somebody was down there helping.”

When he and a friend decided to go fishing one day, Hodges met his new friend, a local named Stumpy, who served as their boat captain for the day. Stumpy would ultimately lend his Goombay-style drums, congo playing, and vocals to the finished track.

After a day of fishing, Hodges invited dozens of locals down to the beach for a grill and music, and that’s were “Sandman” reappeared.

“All of a sudden, I just happened to remember ‘Sandman,’ just off the cusp,” shares Hodges. “I’ll never forget everybody just being silent halfway through it, and it wasn’t about me. The way the locals took the song… it struck a chord, and it gave them hope.”

Originally written with the intention of Kenny Chesney using the track for a summer-themed album, “Sandman” was a song Hodges says was locked in his vault waiting for the right moment.

That moment was for The Abacos, and The Bahamas.

As an artist, Hodges says he’s always been locked into a concept for his albums, but this was the first time a release was not about him. It was much bigger.

“This is the first time that I’ve ever released a song where It wasn’t about me,” says Hodges. “I wrote this song and finally the song said, ‘okay, this is where I want it. This is how I want to be released and you will be the conduit. It’s not about you JT, it’s about the song.’ That has never happened to me, but it was very cool.”

Easy, breeze-y, “Sandman” is just the summertime vibe needed during these tumultuous times. Uplifting and light, “Sandman” is also about hope and perseverance. “Music is kind of a religious experience,” says Hodges of “Sandman” and The Bahamas. “It’s a universal language, and you kind of need that. We need that fellowship.”

Co-directed by Hodges and Cristy Nielsen, the video for “Sandman” was shot when he returned to the Abacos in February of 2020, along with co-writer and co-producer Brandon James. In the video, Stumpy reappears alongside Hodges with additional instrumentation and vocals provided by Abacos locals.

Documenting everything the second time around, they decided to do an old-school pop-up video, says Hodges, telling the story of what happened on the island, and the relief efforts, interspersed between scenic footage of The Abacos and its people.

“I wanted something that gives the information and tells the story of what happened,” says Hodges. “Maybe this is not the best time to create awareness for this, but everything happens for a reason, and then lo and behold, we all collectively said, ‘hey, it’s been a year (since the hurricane hit), so let’s tie it around the one year anniversary.”

September 1 marked the one year anniversary of Dorian, and even with the pandemic setback, The Abacos are in much better shape one year later with its Coopers Town Primary School nearly ready to reopen. Additionally, GEM and Team Ghost, a privately funded grassroots relief movement, acquired food donations for Coopers Town, Treasure Cay, and Central Abaco regions, which ended following COVID. Since then, private donors have been providing additional food to households weekly.

Hodges says he wants to get back to the island again and continue the work he started. He now has friendships and a connection to The Abacos for life. “I want to help, however I can,” says Hodges. “These people are blown away when anybody comes back, because what they do best is to open up their hearts, and I’ve developed some really great relationships down there.”

With everything going on now, it just seems like one catastrophe after another, Hodges says on bringing attention to The Bahamas during the current pandemic, but this story is a more joyous one that he needed to share.

“I just wanted people to hear the story,” he says. “Music brings people together, and a song can literally create a moment, and a memory.” 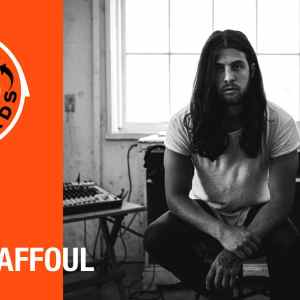 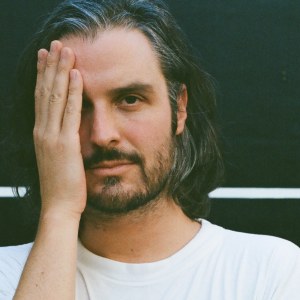