Noisy collage over a groove.

This simple descriptor uttered by Chris McLaughlin, the person behind Cigar Cigarette, is the perfect way to encapsulate what his music sounds like.

“More and more, we’re, you know, walking around and experiencing a sense of doing one thing, like going to the store, but that whole time we’re kind of carrying around all of this other information…We’re kind of experiencing everything in this very simultaneous way where we’re just experiencing information from all over the world all at once,” McLaughlin explains.

In his upcoming debut single, “Hard Five,” he continues to weave a thread of collage in order to reemphasize the chaos that lies just around the edges of our everyday lives.

The song starts with the steady sound of a guitar followed by a quick drum-induced punch which startles and launches the listener into focus. McLaughlin literally emulates what pounding the pavement would sound like as two characters walk through New York City.

“There’s this beat and it’s linear and they’re going, they’re walking. And it’s this hot New York City summer and then throughout that there’s all this sort of stabbing guitar sounds and these other things which clearly come from a different space,” McLaughlin says.

“And so you have these sounds coming in from different places, and that’s all happening on top of it, at the same time. I feel like that seems to represent how we’re experiencing things more and more,” he adds.

As far as where McLaughlin obtains something like a stabbing guitar, he prides himself in unconventional sound design. In this case, a reverberation of noise bouncing off the hand painted walls of an abandoned Masonic Temple.

In the world of Cigar Cigarette, unique sounds are everywhere, and his vision as an artist and producer is to, “see these different permutations of sound exist in the world.”

Nonetheless, as a producer and sound engineer for a variety of big acts such as Kanye West, Bon Iver, and Absofacto, what McLaughlin has been able to successfully offer is facilitation in fitting the vision of other artists, not his own. And as the years have gone on, he has been biding his time and pooling those sidelined ideas into a compilation of work dedicated to catalyzing momentum for a society that needs action now more than ever.

“I want to be energizing so that we feel like we can make changes and be active. So, that was really important, that it kind of has this driving feel. I feel like that’s a good thing for us now, we need a little bit of a push,” McLaughlin says.

In conjunction with collage and his undeniably groovy call to action, McLaughlin personally believes in the importance of layering activism into his artistic pursuits.

He explains that he views his job as a producer as a support system for other artists, and carrying that into specific causes is where music can overlap with effecting change.

“As a producer, I’ve always looked at my job as supporting others, but doing it in a way that you’re actually helping. Like, using your music specifically to help a cause is really nice. It’s a real catharsis.”

Above all, McLaughlin wants his music to surprise his audience. And with Masonic temples, boisterous beats, and a collage mentality intact, he’s bound to succeed in his endeavor. 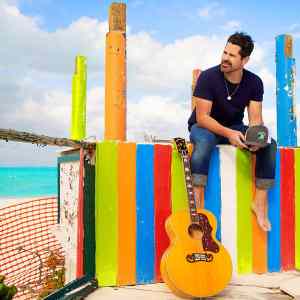 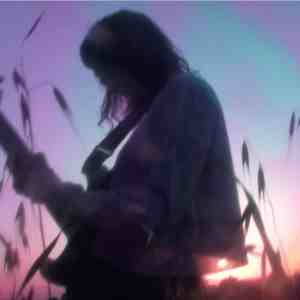