In last week’s taping of the season seven premiere episode of Fox’s popular primetime singing competition television show The Masked Singer, judges Ken Jeong and Robin Thicke walked off the set when it was revealed one of the contestants was former New York City Mayor-turned Donald Trump aid, Rudy Giuliani.

As soon as Jeong and Thicke saw Giuliani, they walked off in protest, according to Deadline,

The Masked Singer, which is well known for its shocking unveiling and singer surprises, has risen to popularity since its inception in 2019. The most recent winner of the show was Jewel, who was disguised as Queen of Hearts.

In 2020, the show was home to another politician—Former Vince Presidential candidate Sarah Palin was revealed to be the singer under the mask of “The Bear.”

Giuliani’s episode won’t air until next month. According to the outlet, the theme of the new season is “The Good, The Bad and The Cuddly.” Whether Giuliani qualifies as good, bad, or cuddly is likely dependent upon how you vote.

The former mayor is facing accusations of being asked to remove voting machines by former President Trump, and Giuliani is also looking at a new lawsuit for potentially violating the Klu Klux Klan act. Giuliani is also facing criticism for his baseless claims about election fraud in the 2020 Presidential election in which Trump lost to current President Joe Biden.

After revealing her identity on The Masked Singer last season, Jewel received her trophy as a surprise on The Kelly Clarkson Show. Check out that clip here below. 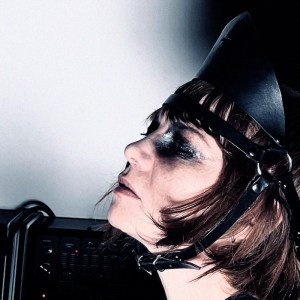