On Sunday night (Oct. 17) in Dallas, Texas, modern country superstar Kane Brown brought one of his all-time heroes out on stage: Randy Travis.

Travis shared the momentous occasion on his Instagram page saying, “Had a blast at my friend @kanebrown_music ‘a concert at American Airlines Center in Dallas. Thank you for the 🤍 #famousfriends.”

To roaring applause, the now-62-year-old Travis stepped onto the stage and gave Brown a warm hug. “I got the privilege to do this,” Brown told the crowd with a grin, before turning back to ask Travis: “Did you just get CMT artist of the decade or of a lifetime? Should’ve been a lifetime if it wasn’t!” Travis’ face lit up with a big smile.

After that, Brown filled the stadium with a magic glow by performing a moving rendition of Travis’ 2002 hit, “Three Wooden Crosses.”

This all comes a week after the CMT Awards, where Travis did indeed receive the 2021 Artist of a Lifetime honor. At the ceremony, Brown paid tribute to the man who had such an impact on his own career. “Randy, I just want to say, you are such an influence, man,” Brown said. “I love you to death.” Brown himself won Artist of the Year that night.

“Three Wooden Crosses” is a special song for both Brown and Travis—in 2016 when Brown was still up and coming, he played the song live on the radio… to his surprise, Travis stepped into the room mid-performance. Overcome with emotion, Brown had to stop and collect himself. Speaking to the audience at the 2021 CMT Awards before singing the song again, he said “I have to redeem myself singing this song!”

On stage in Dallas, the connection between the two artists is as clear as it is endearing… and hearing Brown’s voice deliver the tender story of “Three Wooden Crosses,” it’s amazing to see the torch be passed on so seamlessly, with a classic tune resonating in the hearts of thousands. 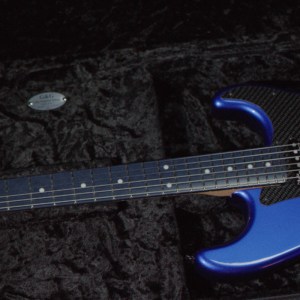