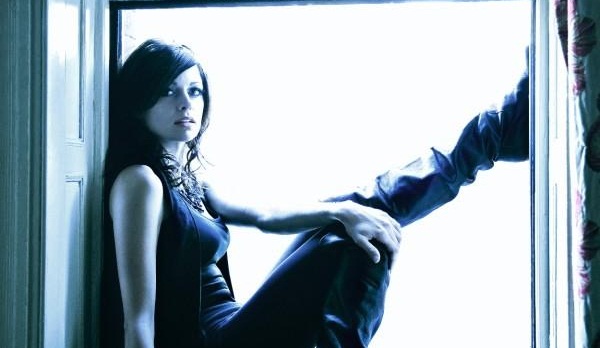 Part Southern Gothic, part Northern hymn, Kate Tucker’s music is a thorough exploration of the traditions that have shaped the Ohio-born, Seattle-based artist since she performed her first song, at the age of nine, a cappella for an Easter Sunday congregation. Born into a family of truckers, her work is influenced by the American road with themes of departure, distance, love lost and reborn. Kate’s songs move from molasses-heavy rock to elegant, haunting ballads borne on the wings of her fragile, but insistent voice. Be sure to check our her profile on American Songspace.

When I was sixteen my dad went to California to visit my godfather, Kevin Ryan. Kevin is a guitar builder. I told my dad he’d better not come back without a guitar for me. Kevin had a three year long waiting list at the time, so he sent me the only guitar he had lying around. It was the first guitar he’d ever built. That sealed it for me. I thought, I had better get down to business and learn how to play this thing. So I wrote my first songs, cause I didn’t know how to play anyone else’s.

Kate Tucker and the Sons of Sweden produced a bunch of great tracks that, in a way, branded your style. How did your decision to approach White Horses as a solo project affect the recording process?

Although White Horses is a Kate Tucker record, I don’t consider it a solo effort. It has a full band feel and sound to it, perhaps more so than the Sons of Sweden record. The recording process was definitely more spontaneous and open ended this time around. I had to let go and let the music happen moment to moment, whereas before, with the Sons of Sweden, we mapped out every step before we set foot in the studio. It was a bit scary to do it this way, not knowing how an arrangement would play out until we were tracking it, but I had a clearer vision for the overall sound than I did with the previous record. Ultimately, its about the songs and if they hold up, they hold up; you just go in and give em some love.

You recorded White Horses with the help of Blake Wescott at the legendary Studio Litho in Seattle. How did working with Blake contribute to your writing and recording?

Blake is amazing. This record would not be the same without his constant and thoughtful presence. He told me from the beginning that he was going to push me with this record to get performances that were both strong and emotive. He warned me that this record wasn’t going to be an easy one to make, but he knew I had it in me. I’d written nearly all the songs before we started working together, but they came alive in pre-production. Blake was able to translate my sometimes vague and impressionistic visions into something real and solid. He understood where I was going and he knew how to get us there. He is an incredible engineer, musician, singer and songwriter in his own right. His guitar playing on the record is spot-on, but it’s his voice and his BGV arrangements that really get me. I can’t wait to be back in the studio with him.

Did you arrive at Litho with a concrete notion of how you ultimately wanted the album to turn out, or did you let the music evolve more naturally throughout the recording process?

I had a pretty strong sense of how I wanted it to sound, but I wasn’t sure it was possible. When Blake and I first met to talk about working together, I gave him a list of albums I wanted to consider for sounds, tones, arrangements, and overall mood. I expected him to tell me I was crazy. He just said, “I dig it, we can totally do this.” He said it with enough conviction that I believed him. Well, he was right. But it wasn’t easy. We did twenty days straight in the studio and we will never do that again. Somewhere in the middle we ran out of time for pedal steel, lost our string section, and found an amazing organ player named Ty Baillie who really made sense of the record in a way that was unexpected and beautiful. I said from the beginning that I wanted Hammond B3 on every track. I got it and I got it good.

Your music is dictated by an array of complex undertones, but for the sake of conversation I will broadly generalize it as “emotionally revealing.” Have you always made an effort to invest so much of yourself personally in each song?

I don’t make a conscious effort to invest myself personally in my songs, but I suppose it is inevitable that I show up in them in one way or another. I only know what I know and I get what I get when it comes to writing. A lot of times I’ll think I’m writing someone else’s story, but it ends up being my own or at least some small part of my experience informs the song. I picture something. I usually see a place in time and colors and feel a certain mood. It’s often unclear to me what a song is about until I’ve sung it a hundred times and had people ask me if it was about me, or this situation, or that experience. That’s why I don’t like to tell people what songs are about. Sometimes they know better. And I think songs are about so much more than any one person, including myself, realizes. If my songs are emotionally revealing, emotions are a complex and unpredictable force in our lives. What we do with them is often what determines our own stories. When I’m moved to tears while singing a line that’s just been formed, I know I’m onto something.

There is a lot of pressure in the music industry to adhere to a certain genre or popular niche. What has given you the wherewithal to retain your own unique voice? Is it the love you get from fans, or your own passion for songwriting and self-discovery that keeps you motivated?

Well, if no one listened to the records, I might figure I was doing something wrong and should maybe try something different, so its definitely the support of listeners that has kept me going. That said, trying to please anyone but yourself and the songs is really kind of dangerous. The industry is so unpredictable, as far as I’m concerned, you really can’t succeed at being anything but yourself if you’re serious about your craft and your songs. That’s something that keeps me going. I have to write songs, so long as they’re there to be written. If I’m serving the work, it will be honest and true and unique. That’s what people identify with, I hope.

When is White Horses set to drop, and what can we expect from you for the rest of 2010?

White Horses is out June 29. I’m in the middle of a pledge drive with kickstarter.com to fund the release and a tour. I have my own little record label Red Valise Recordings, but really, it’s been my fans and friends who have supported me along the way through buying records and coming out to shows. I wouldn’t be able to do this without them. In 2010, I’ll be releasing three music videos for the new album, one filmed in Ohio, one in New York, and one in New Orleans. I’ll also be starring in a film that should be out sometime in early 2011. It’s a modern day musical and will feature my music as the soundtrack. If all goes as planned and we reach our goal at kickstarter.com, we’ll be touring the US this summer and into the fall. In the meantime, I’m working on a song cycle called Ohio, modeled loosely after Springsteen’s Nebraska. 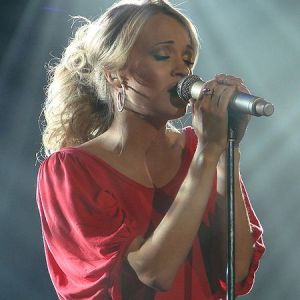 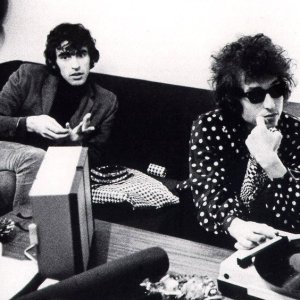