Kelly Clarkson became emotional after performing the song “Nostalgic,” off her 2015 album Piece by Piece during the March 15 Kellyoke segment of her talk show.

Donned in a worn-out Johnny Cash t-shirt and gold pleated skirt, Clarkson sang through the sentimental track from the album, which spent 39 weeks on the Billboard 200, and was recorded while she was pregnant for the first time.

“I was super hormonal and pregnant while making it, so it’s very intense and with passionate vocals,” said Clarkson. “Any time I’d listen to a song, even if I didn’t write it, I would listen to the demo and try to take it to an even bigger place.”

Clarkson added, “I just had a lot of fun with it… I don’t know, it’s hard to describe. When you’re pregnant, everything just feels like it’s enhanced. You can feel everything, in a good way and in a bad way. If you’re sick, it’s bad, but if you’re in that creative space, it’s awesome. You feel like your mind has expanded.”

Do you have a favorite Kelly Clarkson song? Let us know what it is, comment below. 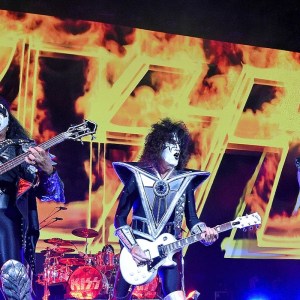