Soulex wakes up every morning feeling like a badass, and she wants you to feel like one too.

Today the Atlanta-bred, Los Angeles-based alt-pop artist—born Lex Lieberman—drops “Kissing On My Jeweler,” a sultry, take-it-or-leave-it flex track that shows the musician at her most confident.

“Every step is couture / From my crown to the floor,” Soulex slow-raps in the track, her voice veering into Amy Whinehouse territory over booming, bass-heavy beats. “So much flexing I’m sore / Wanna show me off like decor.”

For Soulex, “Kissing On My Jeweler” is all about embracing her inner Kanye West, one of her favorite artists. “In one of his interviews,” Soulex recently told me over the phone, “he said, ‘If you’re a fan of my music, you’re a fan of yourself,’ because everything he sings about and writes about is like, ‘I’m the fucking shit, I can do anything.’ He promotes a lot of self-love. Some people don’t like it, some people love it. I’m one with that energy.” Of course, that energy also animates “Kissing On My Jeweler.”

Soulex spoke to American Songwriter about her latest singles, her hip hop influences, and her yet-to-be-announced sophomore EP, which will follow 2019’s Love Lessons. Check out the full interview and listen to “Kissing On My Jeweler” below.

Soulex on digital
Buy from Amazon

American Songwriter: What’s the story behind your new single? What’s it about and how did it come together?
Soulex: “Kissing On My Jeweler” was a really fun song for me to write because I’m from Atlanta, I listen to a lot of hip hop music, my older brother loves rap and is always sending me new songs, and I wanted to experiment with that style of flexing and popping my shit and just having fun.

This song is literally me just popping my shit. I’m just in such a good place mentally and I really wanted to reflect that on [my upcoming] record. All the lyrics are about self-love and positivity, and even though it’s flashy shit, it’s still like “I’m a boss, respect me” energy. The best part about it is that all of my friends and family who have heard this record, they all say the same thing—and it’s mostly females, too—they’re like, “When I listen to this, I just feel like a boss bitch. I feel like I can do anything.” And that’s the exact energy that I want to put out there and that I want to promote.

One of my favorite artists is Kanye West, and in one of his interviews he said, “If you’re a fan of my music, you’re a fan of yourself,” because everything he sings about and writes about is like, “I’m the fucking shit, I can do anything.” He promotes a lot of self-love. Some people don’t like it, some people love it. I’m one with that energy. I really believe that if you believe in yourself and if you love everything you’re doing, there’s no way people can’t. Like, what can somebody else say if you’re like, “Yo, I think I’m a boss, I love what I do.” What’s somebody else gonna say?

Does that feeling come naturally to you or do you sometimes have to fake it till you make it?
I naturally wake up every day, I look at myself in the mirror, and I’m like, “Soulex, I love you. I love you ho!”

Wow, that’s incredible.
I was in such a dark place for so long, and my first album Love Lessons really reflects on that and touches on my heartbreak phase. Then I grew up a little bit, dusted my shoulders off, and I was like, “Hang on, I have such a gifted, beautiful life. Who am I out here crying over?” I just picked myself back up and I’ve been here ever since.

Do you have any favorite lines in “Kissing On My Jeweler”?
I mean, the entire song, to me, is just a masterpiece. It is an absolute work of art. Can I just say the entire thing?

You can totally say the entire thing. What producer / producers did you work with on the track?
I work with a couple different producers, but Middle Child is the one who produced this track. He’s super, super talented. You will definitely be hearing more of him on my upcoming project.

When is that expected?

That project is probably going to be February.

Is there anything else you can share about it right now, or is it under wraps?
Well, I plan everything. I have every song title, I have the project name, I have everything done. I don’t know if I’m supposed to say anything, but you know what, I love you guys, so I will tell you the name of the project. It’s going to be a seven-song EP, and it’s called Liquid Bombshell.

What does the title refer to?

How would you describe your vocal style on this track?
The chorus is very speak-y and kind of rap-y, then I get to go into my sultry-James Bond-soulfulness in the verses. It’s really fun to have both of those together, and I think that’s what makes the song really special. I get to be two different people.

When you’re writing, do you have a notebook? Where do you sketch out your song ideas?
I pretty much write everything on my phone. It’s really rare that I write down anything anymore, like physically on paper. But I do journal a lot. When I’m writing notes or things that I want to fix, I’ll write that down on paper. Otherwise, if someone were to steal my phone, I would absolutely want to die because everything I’ve ever created is on this device.

Is this all in your Notes app?
Yes sir. I don’t even know what I would do without it. Voice Memos, too—Voice Memos and Notes.

Do you sing in your Voice Memos, or are you just putting down lyrics?

I SINGGG in my Voice Memos!

What are some other recent inspirations or influences?
I think Dababy is somebody who, creatively, has really inspired me. And just a lot of hip hop, in general. I come from a background of listening to all music, but there’s something about rap that’s really resonating with where I am in my life right now. It’s just so positive. In my opinion it really promotes so much self-love and I want everybody to be on that frequency where they feel good about themselves and they feel hyped and they wanna do good things and feel like a boss.

Is there anything else you want to share about “Kissing On My Jeweler,” your next project, or your world right now?
I have a music video that’s gonna be coming out after the single that is the most iconic music video anyone has ever seen in their entire life. I’m so excited for that and basically everything that I have rolling out right now. I [also] have another single that’s gonna be rolling out at the top of the year following this one!

“Kissing On My Jeweler” is out now. 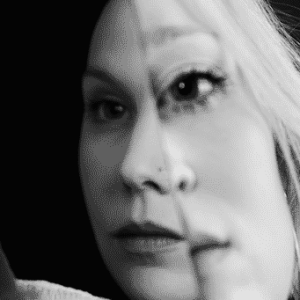 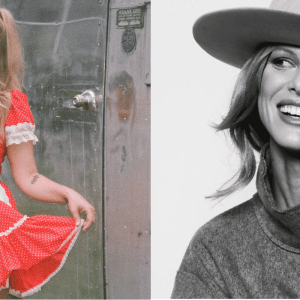