Lying on the all-too-familiar tufted couch in his therapist’s office, Sean Scolnick carefully described the manifestation of his anxiety into a physical, maddening feeling. Scolnick, beloved in the music community as Langhorne Slim, has long suffered at the hand of what psychiatrists determined to be panic attacks, onset by clinical anxiety.

The singer-songwriter and multi-instrumentalist returned to Nashville in 2019, seeking a “simpler, slower life” after spending time in California. On the West Coast, Slim had been unsuccessfully attempting to write an album to follow 2017’s Lost At Last Vol. 1.

“I was beating my head against the wall, hoping for some progress. I was doing what I’d always done and hoping they would yield positive results,” he explains. “That, by definition, is insanity.”

Slim had already kicked booze and drugs—his previous vices—when he was prescribed medication for his alleged anxiety disorder. Soon after he arrived in Music City, with the help of concerned friends and colleagues, the artist discovered a new dependence on the substance that was supposed to heal him.

Last December, after a long-fought battle with creative blocks, he finally sought treatment. Part of that was this mental healthcare professional who equipped Slim with the tools necessary to prevent the ultimate takeover of panic.

“She suggested that when that feeling comes on, that I should pick up my guitar,” he recalls. “This sounded crazy to me because when I feel like that, the guitar in the corner is not my friend. I fear it. I feel like it’s mocking me.”

Eventually, he wrote himself a note to keep in his pocket. The memo read: “When you’re freaking the fuck out, just play.”

One day, as worry crept into his consciousness, the artist picked up his guitar. Fighting fear and heeding his therapist’s advice, he played. As anxiety ensued, his new single, “Panic Attack,” was born.

“I called a healthcare professional/ Wanna speak to someone confidentially/Don’t know just how I’m feelin’/ But I’m feelin’ feelings exponentially,” he sings with equal parts humor and hysteria.

The song chronicles his experience coming back to Nashville, calling for help in various departments.

Following “Mighty Soul,” this single is Slim’s second valiant step out of the fog. His upcoming album, Strawberry Mansion, due January 29 via Dualtone, is a brave resurfacing of a truer artist.

The collection is an epic journey through an arduous year. Each track unfolds intimate layers of previously subdued sentiments to undo stigma and liberate inner-humanity.

In February, a tornado tore through East Nashville, devastating his neighborhood and much of the surrounding area. Within weeks, a global pandemic placed life as we know it on hold. Similar to the inception of “Panic Attack,” Slim began writing one song a day. To his surprise, this coping mechanism burst open the floodgates, oozing creative juices into his drought-cracked songwriting craft.

“Somehow, as these songs started coming out, I heard less of that critical voice that all of us deal with,” says Slim.

This stream-of-consciousness process became the norm to the songwriter who had not penned anything in over a year. By the end of almost every afternoon, Slim would bring a minimally edited tape to his friend Mike, who suggested this daily goal.

“Mike and I would record the songs, which was a pretty cathartic experience, and then I would move the fuck on,” he recalls. “I didn’t have it in my mind that I was writing for a record. I wasn’t highly critical or precious about it.”

His moment of big-picture enlightenment came after riding this wave through March, April, and May. As the songs pieced together, Slim realized that Lost At Last Vol. 2 was no longer a priority. Much to his delight, the label agreed.

Named after the Philadelphia neighborhood where both of his grandfathers grew up, the 19-track collection brings his music career full circle.

Strawberry Mansion is a place he calls “dirty but sweet, tough but full of love, where giants roamed the earth and had names like Whistle and Curly.”

This ideology illustrates Slim’s seventh studio album as a forward-facing milestone. Rather than reflecting on his career, dating back to Electric Love Letter in 2004, the singer-songwriter compiles life lessons into a gleaming possibility of better days ahead.

The artist feels overwhelmingly grateful for the mental health support he received last year. Yet, he admits things would look entirely grim had he not been equipped for the storm 2020 brought. Slim hopes by inviting listeners into his innermost thoughts, he might provide others with necessary survival tools.

“I feel as though, not to diminish the challenges and horrors that the pandemic and socio-political happenings of this year created, having a forced simplification changed me for good,” he says. “To slow down, I’ve tried to dance with this existence a little differently and see what the results are. For me, it’s been a profoundly groovy bunch of months as far as learning to live a little differently—both exciting and fucking terrifying.” 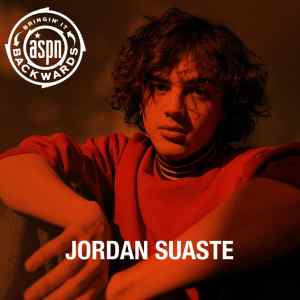 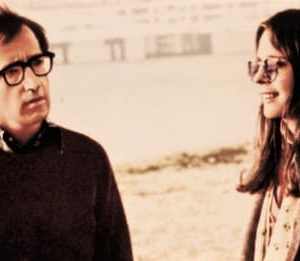