On October 1, breakthrough country artist Hannah Ellis is unveiling a touching tribute to her better half, with her new single “Us.” Co-written with Jason Massey and Travis Wood, the new release showcases her strength as a storyteller. Penned like a love letter, Ellis’ brazen vocals breathe new life into the moving lyrics.

“The song is about me and my husband, Nick [Wayne], and how it’s just the one thing in my life that makes the most sense to me,” says Ellis. “I know that no matter where I’m at, or what I’m doing—performing on the big stage, or we’re in his truck driving home—we’re always going to be us. And as we were writing, although that was the focus, we started realizing that everyone has that person that everything just makes sense with and that they know will always be there. And maybe it’s a lover, maybe it’s a friend or a family member. We just felt like it was a song that would really resonate with people, and so far it has.”

So often in songwriting, the universal sentiments are extracted from the most specific lyrics. Though Ellis and Wayne’s relationship is singular, their experience with love translates well in poignant lines such as, Like starry skies and fireflies will always be summer / Like amen and church, can’t have one without the other.

We really tried to thread the needle with this song of making it my story—which is very important to me that I make it my authentic truth,” she continues. “But also to make it feel universal, to give it a lyric that people could go, ‘Yes, I totally understand that, I have that person.’”

Seeking this middle ground, Ellis and Wayne crafted a transcendent track that wields their own story to connect with an audience. Sonically, her new tune aligns with Ellis’ characteristically uptempo tunes. “Us” follows her latest single, “Home And A Hometown,” for a series of positive perspectives. Released August 27, the single sees the Campbellsville, Kentucky native flip the script on homesick heartache by comparing the highlights of both her small town and adopted home in Music City. Lyrically, Ellis evokes the push-and-pull of loving both, but the takeaway message is one of gratitude for having each of these special places to balance each other out.

Equally uptempo, “Us” leans into this element of her artistry to “keep that message going of having a positive outlook and trying to see the best out of life.”

Becoming a solo artist was always the goal. But when Ellis was approached with a publishing deal while on NBC’s The Voice in 2015, she poured her energy into songwriting with the goal of having her songs cut by other artists. “My main focus was to write great songs,” she says. “I really honed in on what I wanted to say because there would be a song that I would write that would break my heart for anyone else to sing it because it was just meant to be mine.”

By trying to write the best song in the room, Ellis slowly crafted her own messaging to define her solo artistry through a pile of songs she pushed to the side—which eventually compiled into her 2017 self-titled debut EP.

To shine in a city full of talented folks chasing similar dreams, artists like Ellis must carve out their own unique space within the genre. Her expressive vocals have landed her features on tracks with artists like Russell Dickerson, Carly Pearce, for KING & COUNTRY, Emily Weisband, Cassadee Pope, Filmore, and Sidewalk Prophets. As a promising act with plenty of grit, Ellis has received invitations to join the likes of Gavin DeGraw, Dwight Yoakam, Devin Dawson, and many others on national tours. She has also performed as part of the CMT “Next Women of Country” Tour. Ellis’ approach to storytelling creates a deep connection with her audience that has expanded her solo career in just a few short years. But the artist’s driving “why” pushed her to persist through even the most exhaustive days of chasing her dreams.

“I represent the girls from my hometown,” says Ellis. “And those girls exist in every small town across America. I think that I represent girls that have big dreams that might seem a little out of reach for their peers, but I’ve worked hard and I’ve kept my head down, and kept a positive attitude. I’ve found joy in life. And I’ve chosen joy, even in the moments when it looks like maybe it wasn’t going to happen for me. But I stayed the course. And I want to represent those girls and let them know that they can do it too.”

As a representative, Ellis emphasizes intentionality in each aspect of her artistry. Her candid truth-telling is part of her tireless effort to promote access to individuals who might not know that the path she chose was even an option. Lyrically, Ellis aims to convey that she is a down-to-earth person. “The messaging is ‘I’m just like you,’” says Ellis. “We all feel a lot of the same things, even when we think that we’re walking through something unique —although maybe the details are specific—the stories are all the same. That’s why music resonates with us; it’s why we have our favorite artists because somehow they’ve lived something similar to us.”

Growing up in a small town with a supportive family bolstered Ellis as an authentic artist. “I feel very confident in being able to tell the stories of my life growing up, even the not so beautiful parts because we all know that the most honest thing you can give people is what’s really good going to bring people peace,” she concludes. “And and when people feel heard, and people feel seen and represented, it’s going to help them move through life in a different way.”

Listen to “Us” here. 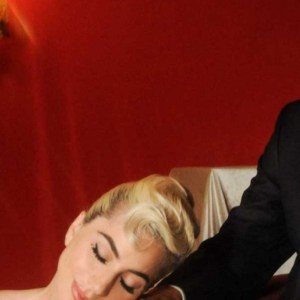 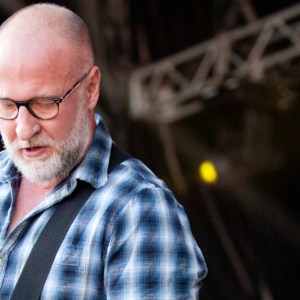