Several singers and musical documentaries won big at The 74th Emmy Awards, celebrating the best in television, which was presented Monday in Los Angeles.

The hip-hop artist picked up an Emmy for Outstanding Competition Prizer for her Prime Video reality series Lizzo’s Watch Out for the Big Grrrls, which follows 13 women competing to join her team of backup dancers and beat out RuPaul’s Drag Race, which won the award the previous four years.

“The trophy is nice, but my emotion is for these people who are on the stage with me,” said Lizzo in her emotional acceptance speech. The stories that they shared, they’re not that unique. They just don’t get told. Let’s just tell more stories.”

She added, “When I was a little girl, all I wanted to see was me in the media,” she said. “Someone fat like me. Black like me. Beautiful like me. If I could go back and tell little Lizzo something, I would be like, ‘You’re going to see that person, but bitch, it’s going to have to be you.”

Singer Zendaya also picked up a second Emmy landing the award for Outstanding Lead Actress in a Drama Series for her role in HBO’s Euphoria.

“It’s so special, it’s such an honor to be acknowledged for something that you’re really proud of. It means it means the world to me,” said Zendaya following her win. “I’m so happy for so many of our behind-the-scenes folks getting so much acknowledgment—cinematography and editing—they deserve it so much, they put so much into this show.”

A week prior to the televised Emmy Awards, several music series and documentaries were awarded. On Sept. 3, Peter Jackson’s Disney+ series Get Back, a documentary on The Beatles featuring in-studio footage shot between 1969 for the 1970 feature film Let It Be, won five awards, including Directing for a Documentary/Nonfiction Program.

Paul McCartney and Ringo Starr also shared the win as co-producers of the documentary—making both Beatles a Tony Award away from achieving EGOT status.

Get Back also tied Adele: One Night Only for most overall wins with five. Footage for Get Back was pulled by Jackson from 55 hours of unseen studio footage and aired as a six-hour, three-part miniseries on Disney+, which coincided with the reissue of Let It Be comprising four discs of live material, demos, alternate takes, and lost mixes. 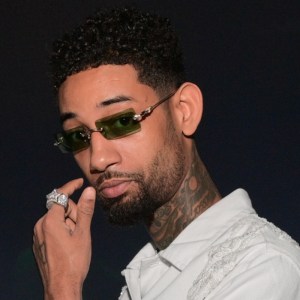