It’s been three long years since Lizzo released her lauded “Cuz I Love You” in 2019. Today (July 15), she has made her highly anticipated return with her latest full-length album, “Special.”

After teasing the release with a pair of world-conquering singles, “About Damn Time” and “Grrrls,” the album is finally here in its entirety—and it’s a doozy. The album hits the ground running with the opening line, Hi, Motherf––er. Did you miss me? The answer is yes Lizzo, we did.

The album boasts a completely solo track listing with writing and production credits from heavyweights Terrace Martin, Mark Ronson, Ricky Reed, Benny Blanco, Max Martin, and Rick Rubin along with Lizzo herself. Of the album, Lizzo said it is “one of the most musically badass, daring and sophisticated bodies of work I’ve done to date… I hope that it is some of the most useful pieces of music to ever exist. All I want to do is help people through my music.”

The tracklist runs 12 songs long, with characteristically Lizzo titles like “Everybody’s Gay,” “I Love You Bitch” and “Birthday Girl.” In a bit of a twist ending, the closing track on the album, “Coldplay,” is an ode to the English rock outfit, and its breakout hit “Yellow.” Check out the title track from the new album below.

The album’s release will coincide with The Special Tour, which sees Lizzo in arenas around North America with Latto as support. Release week has already been off to a good start for the 34-year-old singer as she earned her first Emmy nomination on Tuesday (July 12). Her Amazon Original series, Watch Out for the Big Grrrls, is nominated for six awards in total. 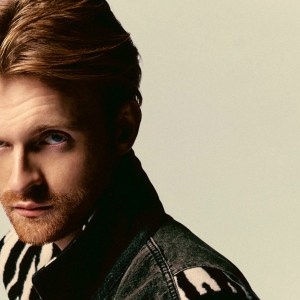