Lori McKenna needs no introduction, but on podcast Stay Human, it was impossible for host Michael Franti not to mention her accolades. McKenna’s career is highly decorated with various awards, including being the first female songwriter to win back-to-back CMA Awards for Song of the Year (“Girl Crush” in 2015 performed by Little Big Town and “Humble and Kind” in 2016 performed by Tim McGraw). After recognizing McKenna’s unparalleled songwriting abilities, McKenna and Franti dove into conversation.

The first topic that the duo hit is that despite McKenna’s country music expertise, McKenna grew up only about 20 miles south of Boston, Massachusetts. “I sort of fake a country, a southern accent now,” McKenna confessed. “I grew up around a ton of music, but none of it was country. But when I started writing songs, when I was like 13, my first song was strangely this love triangle of a husband, a wife and the rodeo — like [the husband] loves the rodeo. My brother was like, ‘Well, who are you? Where did that come from?’”

McKenna goes on in the podcast to explain her family dynamic growing up, and how her older siblings and father influenced her work ethic as well as her deep love for all music — especially country music. Now, McKenna has built on to her system of support. She credits her husband, five children and friends for continuing to inspire and humble her.

More specifically, the singer/songwriter remembers the moment when she caught the performing bug. It happened when McKenna was about 25 years old and after years of keeping her songs tucked away in a songwriting journal. “I had all these songs, and my sister-in-law Andrea, who’s married to my brother Donald, talked me into going to an open mic in Boston. And I just kind of got the bug from there. I sat in that first open mic, and I watched all these people just get up and throw their heart on [stage] — just put their heart on the table… And I just sat there kind of amazed,” she said.

Once McKenna started performing, the rest of her career came hurtling into her life at full speed. Listen to the podcast to hear McKenna tell Franti about her recording experiences in Nashville, her time writing for and performing with Tim McGraw and Faith Hill, and listen as she discusses how being a mother impacts her songwriting.

Listen to the Stay human episode here and listen to Lori McKenna’s latest album The Balladeer here. McKenna also explained her songwriting story for “Humble and Kind” on CMT’s I Wrote That series below. 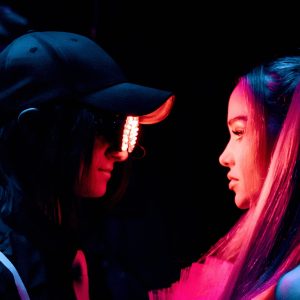 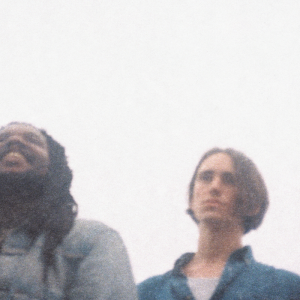