Representing the state of Ohio during the second round of qualifiers on American Song Contest on March 28, platinum-selling R&B artist Macy Gray shared her uplifting anthem “Every Night” with featured guest rapper Maino.

Throughout the evening, 11 lesser-known artists, stretching across the country from New York to Kentucky and even the U.S. Virgin Islands, competed alongside the 54-year-old Gray for the American Song Contest title.

Performing along with Maino, a band and a gospel choir of 16 female singers, all donning Gray’s signature hairdo, Gray, dressed in a feather-topped blue dress with sneakers unleashed her sermon walking around the stage singing around the uplifting lyrics and refrains of higher and up we go.

In a prerecorded interview before her performance Gray, who grew up in the Buckeye State said that music became an outlet of self-expression for her. “I’m very aware that my voice is strange,” said Gray. “But if you’re not comfortable speaking, you’ll find different ways to express yourself.”

Despite her mainstream success since her 1999 debut On How Life Is through her 10th album Ruby in 2018, and her five Grammy nominations, and win for Best Vocal Performance in 2001 for “I Try,” Gray said that representing Ohio on ASC was a “gift” and opportunity for personal growth.

“You always wanna do something where you come away better,” shared Gray. “I just wanna lift people up, put a smile on people’s faces, dancing like they can’t even help it.” 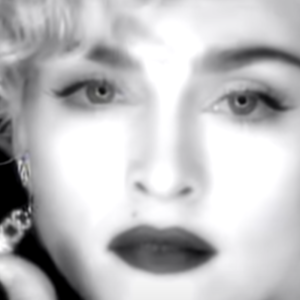