Farrell, who performed with the Foo Fighters at their final show on March 20, joined the band onstage at Lollapalooza Argentina for a cover of the Jane’s Addiction song “Been Caught Stealing,” is also a founder of the festival.

In his video tribute, which Farrell posted to Instagram, Perry says, “Taylor Hawkins died yesterday. He was my best friend. Beloved in my home by my wife, my children, even my dogs. Whenever Taylor came over, we would make music in the den. [Our dog] Cloud would always go and sit right by him. He was one of the most passionate drummers I’ve ever seen in my lifetime. When I think of him, I sum it up with one word: Velocity. He had the gift to maintain a confident, striking and stroking velocity on drums.

“There’s a large part of my heart that I had reserved for him. I accepted him into my heart when we became friends because he was such a pure guy. So pure of heart. I would receive texts from Taylor. They were always bits and pieces of songs he was writing or looking to write or wanted me to listen to. I got music tidbits as much as I got ‘I love yous.’

“We would always start with a song. There was always a song. ‘Do you listen to Yes? You know, that guy kinda sounds like you!’ And I’d say, ‘Yeah, I like Yes.’ He was just obsessed with music and great song. My passion for music, that was our common ground. Our friendship was based around that. Then we got to know each other.

“He would tell me stories of going to Jane’s shows back in the ’80s. Shows that were pretty underground. So, although I didn’t make his acquaintance back then, we shared a history. It was almost like the rights of passage. We were young men, and we were trying to be great musicians.

“Little did he know through this one fatal night, he would cement himself in the legends of music for all time, and that’s what I think he deserves. The only sense that I can make of the tragedy is to know that Taylor’s now in heaven. He can hear us. What I’m going to do this day forward is to try to make music that I think Taylor would really love.”

The video then shows Hawkins and Farrell singing a rendition of Queen’s “Bohemian Rhapsody” with a street musician. The two look thick as thieves.

The clip shows Farrell along with his wife, Etty Lau Farrell, saying, “This is something that’s very personal and dear to me. It’s the last audio message that I received on my phone on Thursday night. It was sent out from the hotel.” 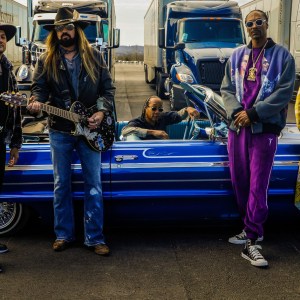 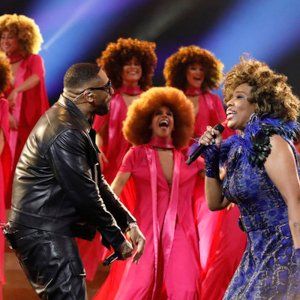