That is the subject of today’s inquiry, in fact. It’s the main thrust and meaning behind the popular children’s nursery rhyme, “A Tisket A Tasket.”

The classic nursery rhyme “A Tisket A Tasket” was first recorded in the United States in the 19th century. Later, in the early 20th century, it was recorded by the famed singer Ella Fitzgerald, composed by her with musician Al Feldman (who was later known as Van Alexander).

The first record of the song dates back in America to 1879, composed as a children’s rhyming game. The song was sung while kids danced, often in a circle. To play the game, one of the children ran outside of the circle and dropped a scarf or handkerchief and the closest kid to the item would pick it up and chase the one who’d dropped it.

If caught, the kid who dropped it would either receive a kiss or just rejoin the circle. Or occasionally, they would have to divulge the name of their crush.

An early version offered the lyrics:

Some variations had the second line going, “I lost my yellow basket.” And other variants had the last line switch genders, “A little girl she picked it up and put it in her pocket.’

In England, the bones of the rhyme were also known, but they went a little differently:

I lost my supper, last night,
And the night before,
And if I do this night,
I never will no more.
I sent a letter to my love,
I carried water in my glove,
And by the way I dropped it,
I did so, I did so:
I had a little dog that said bow-wow!
I had a little cat that said meow-meow!
Shan’t bite you, shan’t bite you,
Shall bite you.
I dropt it, I dropt it,
And by the way I lost it

Together with musician Al Feldman, Ella Fitzgerald added to the song and embellished the rhyme into something of a jazz piece (now standard). The recording marked her breakthrough in many ways after she sang it with the Chick Webb Orchestra in 1938.

Her lyrics changed the color of the basket to brown and yellow. And in her version, a little girl picks up the note and then takes the basket after it is carelessly left behind on the ground.

The song was such a hit that Fitzgerald and Webb wrote a follow-up, “I Found My Yellow Basket,” also in 1938. But that new composition was not as successful as its predecessor.

The Fitzgerald song was a major hit, hitting No. 1 on the Billboard sheet music and Record Buying Guide charts. It also hit No. 1 on the Your Hit Parade list.

Later, famed singer Bing Crosby included a rendition of the song in a medley on his album, On the Happy Side, in 1962. Other artists in history have sampled the song, from Prince to Stevie Ray Vaughan to Eminem and Madonna.

Even the snack company Nabisco did a take for its 1970s campaign, “A Triscuit, A Triscuit, Baked only by Nabisco.”

In 1939, Curly of the Three Stooges recites a version in the short, We Want Our Mummy. The song also appears in the 1940 film, The Grapes of Wrath.

Fitzgerald performed the song in the Abbott and Costello film, Ride ‘Em Cowboy, in 1942, which you can see below. And there is a rendition of it in the famed Paul Thomas Anderson film, The Master, from 2012.

While the song is, on the surface, about responsibility, as mentioned above. It’s also about flirtation.

As young children, we all had our cute little crushes. But while adorable, these innocent love affairs portend more serious ones when we later grow up to be adults. But in order to dovetail into those more mature versions later in life, we must dip our proverbial toes into what it’s like to flirt with our peers.

As a result, songs like “A Tisket A Tasket” are important. And moreover, they warn people young and old to take care of their belongings, for if you’re sloppy and careless, someone else may take them away from you and you’ll be left without anything but a song of remorse. 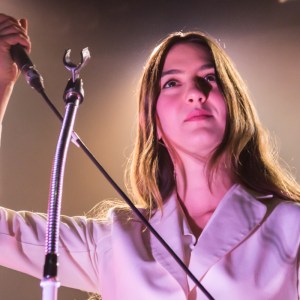 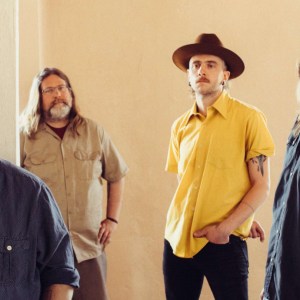