It’s the only nursery rhyme that can be used to settle an argument or problems of choice.

That’s right, we’ve all taken advantage of the catchy, quirky nursery rhyme, “Eeny, Meeny, Miny, Moe.” But what does the ditty mean? What is the history behind it—both good and bad—and what does it all mean?

That’s what we’ll dive into today. So, without further ado, let’s do just that.

The catchy tune is known as a “counting-out rhyme” and it’s often used to select a person for a game or for a prize. It’s also commonly used (as above with Homer Simpson) when choosing what button to push, what car to select (see Dodge commercial below), or any other number of options.

Scholars say that the rhyme existed well before 1820 and is common in many languages, not just in English. Since many counting-out rhymes have existed earlier, it is difficult to know the ditty’s exact origin.

Today, the most common English version goes like this:

Throughout history, many variations have been recorded, which include additional words, phrases, concepts, and even characters.

My mother said
to pick the
very best one
and you are it.

…and you are
NOT it.

The first record of a similar rhyme, known as the “Hana, man,” originates in 1815. That’s when children in New York City are said to have often said the rhyme:

And author Rudyard Kipling has used this nonsense verse in his writing:

Likely, the rhyme that we know today comes to us from Old English or Welsh counting, likely from farm jobs, such as counting sheep or crops. An old shepherd’s count is known as the “Yan Tan Tehera” and the Cornish “End, mena, mona, mite” above.

Another explanation comes from British colonists who returned from India after learning the rhyme used in carom billiards: baji, neki, baji, thou, elim, tilim, latim, gou.

There is a Swahili poem brought to the Americas by enslaved Africans that goes: Iino ya mmiini maiini mo.

Of course, throughout history, there are even more of these rhythmic, nonsense-sounding rhymes. And there will be more into the centuries, most likely.

Of course, the rhyme has been made ugly and abused. During times of slavery, the word “tiger” was replaced by the N-word. Bolton even reports that this was the most common version among American school children as of 1888, showing how ugly our history has been at times. Versions like the below also appeared in Australia, unfortunately.

Bert Fitzgibbon’s 1906 song offers a window into this ugliness:

Eeny, Meeny, Miny, Mo,
Catch a n—-r by the toe,
If he won’t work then let him go;
Skidum, skidee, skidoo.
But when you get money, your little bride
Will surely find out where you hide,
So there’s the door and when I count four,
Then out goes you.

Adding to the problem, reportedly in 1993, a school teacher in Mequon, Wisconsin, provoked a student walkout when she said in reference to poor test scores, “What did you do? Just go eeny, meeny, miny, moe, catch a n—-r by the toe?” This caused the school’s district superintendent to recommend the teacher “lose three days of pay, undergo racial sensitivity training, and have a memorandum detailing the incident placed in her personnel file.”

On other occasions, black airplane passengers said they were humiliated because of the rhyme’s “racist history” after a Southwest Airlines flight attendant, encouraging them to sit down on the plane so it could take off, said, “Eeny meeny miny mo, Please sit down it’s time to go.”

Similar moments like this have persisted, including an unbroadcast outtake from a BBC show during which presenter Jeremy Clarkson recited the rhyme and mumbled the racist part. Clarkson later apologized to viewers.

In 2017, a t-shirt retailer had the first line printed on a shirt with a baseball bat, harking to The Walking Dead character Negan, which caused some to say the shirt was offensive and “relates directly to the practice of assaulting black people in America.”

There is also a moment in the film, Pulp Fiction, in which a heinous character says the rhyme and uses the N-word before engaging in sexual abuse.

During the Second World War, a reporter for the Associated Press in Atlanta, Georgia, reported that local school children were heard reciting a wartime variation that went:

Eenie, meenie, minie, moe,
Catch the emperor by his toe.
If he hollers make him say:
‘I surrender to the USA.'”

Eeeny, meeny, miney, mo.
Put the baby on the po.
When he’s done,
Wipe his bum.
And tell his mother what he’s done.

Today, while the rhyme has been used to cause severe racist harm, it is not thought of in these terms by most. It’s often considered a cute, quirky rhyme. But, of course, not everything we enjoy today can be taken for granted.

It’s important to know the history of even the things that today seem innocuous. If we don’t know our history, we are doomed to repeat it.

As in the clip of Homer on The Simpsons, the rhyme is often used in ways that have nothing to do with racism. And the origins of the rhyme likely (hopefully?) don’t stem from those grotesque years when humans owned other humans. But, the more you know… 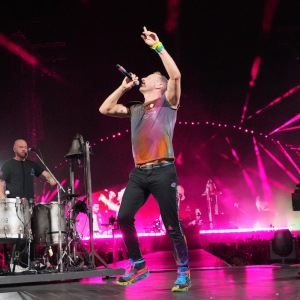