In Meryem Aboulouafa’s new single, “Evanouie”–premiering below–the Casablanca singer-songwriter sings of sleeping “like I’ve never slept before” and dreaming “like I’ve never dreamt before.” But one line–about “sleeping on clouds”–perfectly captures the feeling of the song itself.

“This song was born from a great desire to explore the mysteries of a total lack of consciousness and its partial recovery,” Aboulouafa tells American Songwriter of the track. “[It’s about] a consciousness that is sometimes so heavy that it vanishes to allow a deep sleep, with long breaths and the tension relief that usually follows great events, whether they are happy or sad.”

“Evanouie” pairs Aboulouafa’s haunting songwriting with plaintive, atmospheric synths to create the same type of uncertain dreamstate that Aboulouafa describes in the track. The song hovers between spectral and sublime, mysterious and melancholy.

“Having never fainted, I picture myself in this fictional story, the events of which are abstract,” says Aboulouafa of her vision for “Evanouie.” “Are these beautiful or bad emotions? Is it a recent meeting or some old story? Who is this? A brain reboot, like a new opportunity to live (things) again.”

Aboulouafa–who was born and raised in Casablanca, and still lives there–has a wide range of influences, from American folk and rock to French pop. “At an early age, my father shared with me the music of his time [in] the ‘60s,” she said in a recent interview. “So I [grew] up listening to Pink Floyd, Beatles, Bob Dylan, Georges Brassens, Jaques Brel, Nina Simone, Edith Piaf.”

The singer-songwriter is hesitant to place her music in any particular lineage. “I have difficulty [defining] the genre of my music,” she explained in the same interview. “My priority is expressing my emotions authentically, [to] afford them the right sonorities and choose with care the words with the intention and rhythm they reflect through the feelings. Therefore the result of genre can change from a song to another.”

“Evanouie” follows Aboulouafa’s latest singles “Ya Qalbi” and “Breath of Roma,” which see the Moroccan artist singing in Arabic and English, respectively. A narrative music video for “Breath of Roma”–directed by Jade Deshayes–is just as gorgeous and bone-chilling as the track itself.

All three numbers will appear on Aboulouafa’s forthcoming debut album, Meryem, which Aboulouafa crafted between Casablanca and Paris with the help of French producers / composers Jean-Baptiste de Laubier (Para One) and Maxime Daoud (Ojard). Aboulouafa also worked with Israeli singer-songwriter Keren Ann to hone her songwriting skills when she re-recorded a handful of tracks in 2017. 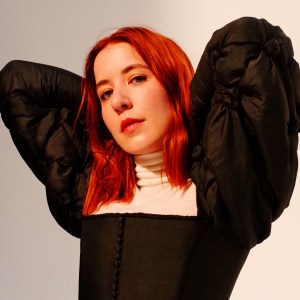 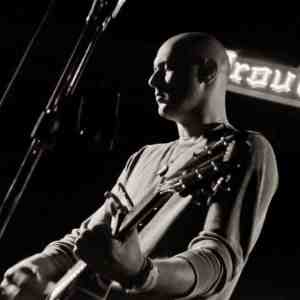