“She asked me where I was from / Said somewhere you never been to / Little town outside of Knoxville / Heading by some dogwood trees / She tried talking with me accent / We held hands and waded into that blue water / She left her flip-flops by my Redwings on the beach.”—“Sand In My Boots.”

Boy meets girl in coastal town, drinks tequila, holds hands, falls in love. It’s a time-honored trope, one “for anyone who’s ever had a summer love,” as Kenny Chesney used to say introducing “Anything But Mine” in concert. For the cynical, it’s too cloying. For the the young boys living on the promise of first love, it’s a sting they never forget—nor do they want to.

For all the tempest Morgan Wallen attracts—a lightning rod for trouble, whether he’s getting busted at Kid Rock’s Big Ass Honky Tonk or bounced off Saturday Night Live for maskless partying after a University of Alabama game (he named his double album Dangerous as a message to himself more than a self-declaration of bad assery)—the tenderhearted, athletic kid from Gibbs High School may be truest when he’s not getting the girl, and owning the disappointment.

“I think I’m not afraid to tap into my emotions,” Wallen concedes slightly bashful. “Or to even show my emotions, or what to say to a girl, or whoever. I’m not. It’s not something that scares me. I don’t wanna be…” He pauses, measuring his words. In a world of macho guys ready to kick ass, he doesn’t want to look weak. He knows how the touchy-feely conversation might play, and he is from East Tennessee.

“You know, I’m gonna be the man in the situation,” he continues. “I’ll step up if I need to. But I’m not scared to let someone know I’m feeling a certain way. I think that’s a myth about men, but they ain’t always got to be the tough guy act at all times. That can be exhausting, and I think a lot of people feel that way.

“Me? I’m not scared to let you know how I’m really feeling. And I don’t know if that’s unique or not, but I haven’t seen it a lot. Even with my friends,” he adds.

Dangerous certainly demonstrates the bruised heart and aching want of a good ole boy who still believes in the values he was raised with. High above New York City, miles from his hometown, the mullet, the shirt without sleeves and the kind smile are even more of anomaly. Not some rebel flag flown in defiance, it’s the basic nature of a kid suddenly breaking streaming records all over Apple Music, Spotify and beyond trying to not get caught up in the fame.

The nervy “Livin’ The Dream,” which comes near the end of the second more fun, more redneck disc, is a look at the raw underbelly of fame. Reckoning with being the life of the party for everyone else, then winding up alone or with people who don’t know the real you, it was written before the Sneedville, Tennessean was a supernova.

“We wrote that before I even had any idea what all of this was,” Wallen explains. “And I don’t want it to come across like I want pity, because I realize how blessed I am.  It’s hard to put into words, but to go from a small circle of people caring about you to a large group of people with expectations…” Wallen pauses. He’s not shell-shocked, but he’s learned there’s a whole lotta gotcha when people don’t really understand who you are. “This year has been incredible for a lot of reasons, but I’ve really tried to stay the same. I didn’t change anything; I didn’t even with the trouble, quote unquote, I got into. I’m not super shameful about the shit I was doing, you know? It’s not like I was hurting anyone.”

Raised a preacher’s son, he understands the double-edged sword of everyone expecting more, upholding the higher values espoused from the pulpit. It’s infused in his tone, the way he’s so wide open when he sings notes charged with emotion. He’s equally open when facing down bad decisions, such as his straight-to-the-fans (and network executives) apology after the SNL cancellation.

“I’ve always believed you can’t really run from things,” Wallen says. “I was taught what’s done in the dark will be brought to the light, so might just go ahead and bring it to light and get it fixed a soon as you can. I still live by that.”

It’s a commitment he brings to his music, driving the decision to go ahead with a double disc. Before COVID struck, he and producer Joey Moi had already cut 18-20 songs. At the place where most artists start cutting, Wallen and Big Loud’s Seth England took their joke about a double album, and asked themselves ‘Could they do it?’

Shut down. No tour. There was plenty of time. “Once we figured we might have enough time to actually record it, write some more songs for it, we were going for it,” reveals Wallen. “I’ve always wanted to be a little bit too much, a little bit extra. And I think albums do matter. I don’t think everyone’s gonna love every song; but the people want to get to know you, and I don’t think they can do that with one song.

“‘Dangerous’ I wrote literally after I got into trouble,” Wallen continues. “It was a song I was writing to myself almost. Me and Earnest wrote it a couple days after [getting arrested at Kid Rock’s bar], so ‘I don’t want to go downtown’ is me telling on me basically.

“I’m gonna let you know everything in my music. I try to be honest,” adds Wallen.”Even in my everyday life, even if you don’t agree, I may offend you, but I’m gonna tell you how I feel.”

If “Neon Eyes” is a warning to a young woman to stay away from the bars, “Only Thing That’s Gone” is a hollow soul country lament with Chris Stapleton, “Rednecks, Red Letters, Red Dirt” a celebration of all the things he comes from and “This Bar” is a love song to the innocence of growing up. Wallen hoped to show the many facets of life in small towns far from the edgier urban realm.

“People want to get to know you,” he offers, in part explaining Dangerous’ length. “I don’t think they can do that all from one song. I think you have to have a story to tell with your music and with you as a person, too. All those things kind of have to come together. I’ve got my redneck party kind of rambunctious side, and then I have a bit more of a soft, introspective side, you know, maybe a little bit more on the inside. I do like to do redneck stuff, have a good time. But I’ve always been drawn to the deeper stuff. If I’m going to sit down and write a song by myself, or with a close friend, it’s gonna be to take a look at myself or something that happened. And if I had to pick one side, it would probably be the more personally honest one.”

To that end, Wallen brought banjos and mandolins into the mix of Dangerous. If he can hold his own with Diplo and Julia Michaels on the global smash “Heartless,” he’s also drafted 10-time International Bluegrass Music Association Guitarist of the Year Bryan Sutton and Academy of Country Music Specialty Instrumentalist Ilya Toshinsky as core players for his recording band.

“I’ve even used some banjo on this record, which I haven’t before,” he says with a laugh, knowing how far from Joey Moi’s Nickelback roots that is. “I’ve gone back to mandolin, too. I love those sounds based off my childhood, so we wanted to bring those in. Since me and Joey met, he’s kind of understood me and my direction maybe better than I did when we first met. So, this time there are songs where there’s a lot going on, which Joey’s known for, and some that are pretty simple.

“I’ve been able to say, ‘Naw, turn that down,’ or whatever. It’s really respectful. I like that, because this is all about being honest… and telling what life is like. You get to draw from every emotion of your life, maybe not over all the years, but the years writing and collecting songs for this album. It definitely gives you more chances to explore all the things you felt in your life. This record made me feel a lot of different things, that’s what I’m really most proud of.” 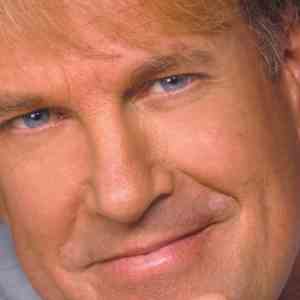 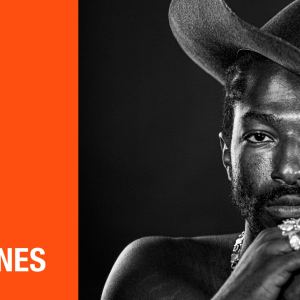