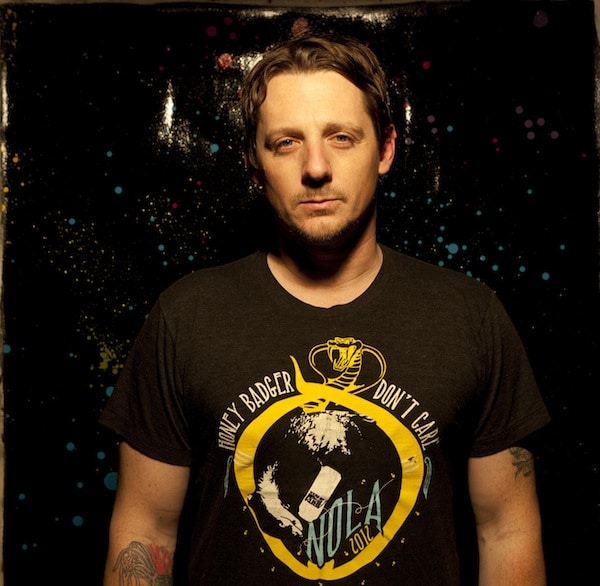 I think expressing what you’ve learned about yourself and the world in an album sets a great example for your kids.

I knew going into it that people were going to think (A) I’ve lost my mind, (B) that I’m a zealot, or (C) what the hell’s going on? But you can’t worry about that. I think people should know exactly what they’re going to get if they decide to support you and come to the show. I’m not really preaching anything – I’m certainly not a religious person, and I’m certainly not encouraging anybody to go out and smoke DMT, or drop ten hits of acid, or sit on a mountain and meditate for forty years to find all the answers. I think love is really the only thing that’s made me go “Well yeah, that’s pretty much all I need.”

That’s the focal point of “Turtles All The Way Down,” as you sing in the chorus: “Marijuana, LSD, psilocybin, DMT/They all change the way I see/But love’s the only thing that changed my life.” Were you ever concerned that some listeners would get stuck on the first lines?

Not too many, but a few people do get hung up on it, because it’s sensational – because it brings hits to your website or sells magazines, a lot of people want to focus on the drugs. But I think certain drugs deserve a little more focus. There’s one person in particular, Dr. Rick Strassman, who wrote a book based on a clinical study he conducted back in the ’90s that was a huge influence on the album. I corresponded with him via email a little bit, thanking him for the inspiration. I sent him the record, and that led to introductions to the software artist that helped me with the video. Never in a million years would I have thought these things would line up the way they did for this project, and I’m very proud that all these people supported and helped me with it. If it causes two people in the entire world to open up a conversation revisiting certain therapeutic, introspective values and certain illegal molecular substances that have been stigmatized, then maybe I accomplished something.

How did Strassman’s work come into the picture?

I randomly stumbled on The Spirit Molecule. I can only speak for myself, but I’ve had one or two extremely profound psychedelic experiences where I felt like I got ten years on a therapist’s couch squashed into about six hours. It really forced me to see and deal with a lot of things that maybe I’d been blocking out for the longest time.

Strassman did a five-year study using 60 subjects from his own various walks of life – he’s a very studied Tibetan buddhist, a pharmacologist, and a clinical psychologist, so he’s approaching this from a very scientific standpoint. His main goal was to study the correlation between certain psychiatric ailments like schizophrenia and the role that certain seratonin inducers play in that. He chose DMT because it’s the shortest-acting and most powerful psychedelic known, so if things do go very wrong, at least it’s over in 15 minutes, and you’re in a controlled, clinical environment. What he didn’t expect, and the part of the book that really blew my mind, was that under extreme dosages, these people were having out-of-body, near-death, alien-abduction, being-transported-across-the-galaxy experiences, feeling like they were going backwards through their DNA to the center of the universe – as real as you and I sitting here on the phone, or maybe even more real sometimes.

This stuff can be found in your urine and in your lung tissue, so it’s probably produced in the brain. It’s almost identical to seratonin, melatonin, other tryptophan-based molecular footprints. Now they speculate that you create it in the pineal gland, and it’s what’s responsible for lucid dreaming, and when you die, or almost die, your brain releases a massive amount of it to to prevent the shock of accepting your own mortality.

People were having total physical dissociation experiences, where your ego dissolves and you’re left with just your id, your pure consciousness. They felt the sensation of floating through “an ocean of pure energy and love and bliss” at the outer edge of the galaxy. Buddhists and people who practice transcendental meditation talk about the exact same thing – it’s a different method to reach the same end result.

So there’s Strassman’s book; The Phenomenon of Man, written by Pierre de Chardin, an old French Jesuit priest; and a Ralph Waldo Emerson essay called “Nature,” about the symbiotic relationship between science and spirituality and consciousness. Those three pieces of literature, more than anything, influenced this record. It’s a bunch of grand psychobabble that consolidates into one very simple, beautiful idea, which is “give yourself to love, don’t sweat the small stuff, and try not to be a dick.”

Your band on this record is outstanding. Are they the group you tour with?

That is my road band. I figured if I spent a year on the road, crackin’ it into shape to get it where it was in my head, I didn’t see the point of coming back and using a bunch of studio players. They’re a bunch of very young guys with extreme raw talent. The drummer is Miles Miller, he’s 21, and he’s from the same town I graduated high school from [Jackson, Kentucky]. My bass player is Kevin Black [from Simpson’s previous group, Sunday Valley]. I can talk about the guitarist now that we got his visa approved. He’s from Estonia, his name is Lauer Joamets and we call him “Li’l Joe.” He did all the slide and electric guitar playing on the record. He’s got a three-year visa, he’s coming over to make a bunch of records and hopefully tour around the world with me, and he’s a very special kid. He’s a card-carrying bad motherfucker, and I hope he gets all the attention and accolades he deserves.

He must have really knocked you out to make you step back from playing lead guitar!

I get a lot of flack from people saying “Yeah, you need to whip that Tele back out.” I can play and wank off and shred like anybody else, but I had a dawning realization that it was just this giant extension of my ego. I wasn’t really using it to express anything other than adrenaline. At some point I just really, really fell in love with writing and singing. I’ve always been a bluegrass musician, so I just kind of decided that the Martin and my voice was all I needed. There’s too many other guitar players out there way more accomplished. I’d just rather hear them play than myself, to be honest.

There are a lot of great songs from the ’80s whose production overshadows the songcraft. How did you decide to cover When In Rome’s “The Promise”?

For a few years now, I thought the lyrics were so beautiful and heartfelt: a really pure, exposed, vulnerable love song. Let’s do a straight-up Roy Orbison countrypolitan version and really strip it down to the organics. I played it for Dave, and he said “All about it.” The second take ended up on the record.

I was born in ‘78, so I grew up in the ‘80s as a passenger in the seat of my mother’s car, and there’s a lot of really horrible music that I was exposed to in my childhood. But you can’t deny some of the melodies and the writing that got destroyed or completely lost in production. I’ve got about 30 or 40 songs from the ‘80s. One of these days I’d love to make a really raw, organic bluegrass album with some of those old songs. I shouldn’t talk about it, or somebody’ll steal it and do it first.

By far, the most mind-bending production on Metamodern Sounds is “It Ain’t All Flowers.” It’s like Syd Barrett meeting The Bomb Squad! How did that come about?

I got a really guilty pleasure, sort of addiction to electronic music that stems back to when I was in the military, partying my ass off all over Tokyo in clubs. [I wanted to incorporate] some of the really kind of pioneering house and electronic DJs in the late ‘90s with a little bit of what Billy Gibbons did in Z.Z. Top in the ’80s. I think electronic music gets dismissed in a lot of purist circles, mostly out of closed-mindedness. I mean, there’s a lot of bad stuff, too, but any music can be done tastefully and with soul, even electronic music.

With the whole theme [of the album] riding the roller coaster through the history of recorded country music, we needed that little freak out. We thought about bringing in synthesizers and sequencers, but Dave [Cobb, producer] and I thought it would be so much cooler to replicate and throw a nod to that music using all analog equipment and [non-electronic] instruments, and manipulating the tape.

Was the recording process very quick, or more painstaking?

A few of the songs were definitely road tested: we were playing ‘em and wanted to record them. I’d say about 70% of the album I had written and had not played those songs for the guys until we got in the studio. That maintains a certain element of nervousness and danger to it all, which I think is very important in terms of capturing that energy and freshness, especially if you’re in a studio. Sometimes if you go in and play ten songs that we’ve played a thousand times each, it’s going to feel kind of tired and dialed in. You’re playing the song, but you’re not necessarily feeling the song.

Dave Cobb, the producer, did High Top Mountain. That was sort of our “get to know each other” record. Over the last year, we’ve become very close friends. Coming into this one, he already knew what I wanted without me having to tell him. A lot of the mixing and engineering was done while recording – making the decision and sticking with it, no second-guessing. That’s where a lot of magic gets lost in the studio, ‘cause everybody’s like, “oh, we can beat that,” and go back and record it fourteen more times, and nothing’s gonna sound as good as the one we thought sucked. I just really wanted it to be rooted in the root of the word psychedelic, which is “psyche” – no indecision, just make a commitment and stick to it. Recording and mixing was done in five and a half days for about $4,000. I was pretty proud about that.

I haven’t listened to the record in a while. I kinda stepped away from it, because we’re going to go on the road. What I remember, there was a very settled connectivity to the whole thing. Once we set the mics up, we just didn’t touch anything – we had six or seven channels we used for the whole album, and we recorded everything the same way. It has a sound where it sort of belongs together. 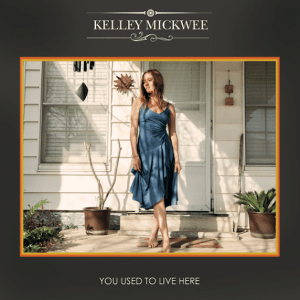 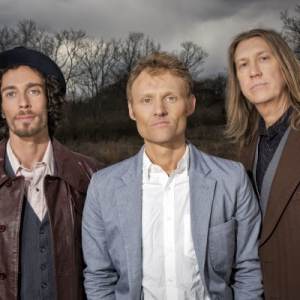