Everyone’s favorite up and coming musician, Nandi Bushell, shared a new cover on social media this holiday weekend. In it, she’s playing more than just her signature drums—the instrument that caught Foo Fighters frontman Dave Grohl’s eye and inspired him to call her “The most BADASS drummer in the WORLD.”

The cover the 12-year-old Bushell dropped over Christmas (December 25) was a rendition of “Sir Duke” by Stevie Wonder. In the video, Bushell plays drums, saxophone and bass.

“Good Vibes! I have been working hard on my bass and saxophone playing,” wrote Bushell. “#steviewonder#sirduke was a real challenge. Such a fun song! Hope you are all having an amazing day! Love and respect to you all 🫶🏽💜🫶🏽.”

The original Wonder song appears on his 1976 album, Songs in the Key of Life. It’s also an ode to jazz great Duke Ellington.

Bushell recently covered Rage Against The Machine’s “Killing in the Name” with her younger brother. She’s covered Jimi Hendrix’s “Little Wing,” Rush’s “Tom Sawyer,” and Eminem’s “Rap God,” too. In September, she played with the Foo Fighters for the first Taylor Hawkins tribute show in London, performing on the song, “Learn To Fly.”

Bushell also recently shared on Instagram that she’s at work on her “most challenging drum cover ever” and said her new EP will drop in 2023.

“I have started working on my most challenging drum cover ever. It’s probably going to take me a month or two to learn and get perfect,” she wrote. “It’s going to be #AMAZING. What do you think it will be? This is a silly video of me and @thomas_bushell messing around inspired by Wednesday Addams and @kelladactyl – My EP and original songs will now be released next year.” 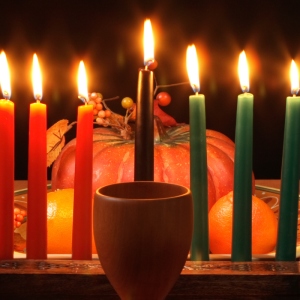