Love songs — they’re the foundation pop music was built on. Most genres, from country to rock to pop to folk to R&B appreciate a good love song (although rap and death metal have trouble expressing their feelings in this department). Here’s five unconventional love songs, and five traditional ones, that you can spin on this Valentine’s Day.

“The Ballad Of Love And Hate” – The Avett Brothers

Love gets personified in this acoustic heart-stopper from the North Carolina folkies’ 2007’s classic, Emotionalism. Hate plays the jaded ex-boyfriend. Can’t we all just get along?

Any love song that includes the lines “you smell like bread” is a little left of center. This paean to domestic bliss and cleaning up the kitchen from Your Favorite Music deserves to be heard by everyone.

“I wanna get with you, and your sister, I think her name is Debra,” sings Beck in this R. Kelly like ode to getting it on from Midnite Vultures. After all these years, he’s still not sure what her name is.

“When I tell you that I love you don’t test my love, accept my love, ’cause maybe I don’t love you all that much.” Folk music fans have been using this lyric as a sort of pick up line for years. Honesty counts for something.

This gorgeous Robyn Hitchcock cover qualifies as unconventional in that it’s one of the few Michael Stipe solo recordings we can think of. It originally appeared on the In Defense Of Animals compilation. Hitchcock’s solo acoustic rendition is equally moving.

“Romeo and Juliet” and “Samson and Delilah” have nothing on Bruce as he tries to court a resistant lover in this lesser-known Springsteen classic, a song from the Darkness sessions that he gave to the Pointer Sisters. You can hear it on disc two of The Promise.

Need a new way to say “I love you?” Sam Cooke takes three simple words and embeds them with all the meaning in the world in this late ’50s crooner.

The Beatles wrote so many brilliant love songs, but this one tops the list. Paul McCartney is at his most romantic on this hummable, musical masterpiece from The White Album.

“For Once In My Life” – Stevie Wonder

When Stevie Wonder goes for the gusto in this passionate ode to love and companionship (written by Ron Miller and Orlando Murden), it makes you want to hold onto your special someone for the rest of your days.

“Lover, You Should Have Come Over” – Jeff Buckley

A broken down and hungry Jeff Buckley howls and groans in one of his most impressive vocal performances, and that’s saying something. Tell the one who got away that “it’s not too late.” 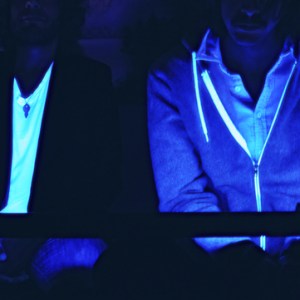