Yes, Neil Young may be in the news today, but this month, 50 years ago, the Canadian-American songwriter and performer was in the news for a completely different reason. His hit song, “Heart of Gold,” hit the airwaves and soon became the legendary artist’s sole No. 1 in the United States. The song also hit No. 1 in Canada.

Hard work is at the core.

The track begins with Young’s signature thumb-guitar strum and is accompanied by his rustling harmonica. Then, as the lyrics come, Young sings, I wanna live, I wanna give. I’ve been a miner for a heart of gold.

Hard work-plus-love. Is there anything more Heartland?

It’s these expressions that I never give. That got me searching for a heart of gold! he sings.

The writing, the recording, the arrangements.

The studio version of “Heart of Gold” featured backing vocals from James Taylor and Linda Ronstadt. The track was written, in part, as the result of a back injury Young sustained that left him unable to stand for long periods of time. As such, he could not play his electric, so he took a load off and picked up the acoustic.

“Heart of Gold” was recorded initially during the sessions for Young’s seminal album, Harvest, in early February of 1971 in Nashville, Tennessee. Both Ronstadt and Taylor were in Music City at the time, set to perform on Johnny Cash’s television show. And the Harvest producer Elliot Mazer made the arrangements to bring the artist in to sing backup.

Did Young even like the song? Did Bob Dylan?

In the liner notes for his 1977 compilation record, Decade, Young wrote that the song took him to a creative place that he soon stopped visiting. The track, which was a huge hit and earned mainstream praise, seemed to not suit him.

He wrote, “[‘Heart of Gold’] put me in the middle of the road. Traveling there soon became a bore so I headed for the ditch. A rougher ride but I saw more interesting people there.”

No. 1 hits can do that. They can make success too easy. They can then give way to a different kind of chase altogether.

Young’s legendary contemporary, Bob Dylan, also felt off by the song. Dylan told Spin as much in 1985. He wondered why the song wasn’t his?

“The only time it bothered me that someone sounded like me,” Dylan said, “was when I was living in Phoenix, Arizona, in about ’72 and the big song at the time was ‘Heart of Gold.’ I used to hate it when it came on the radio. I always liked Neil Young, but it bothered me every time I listened to ‘Heart of Gold.’ I think it was up at number one for a long time, and I’d say, ‘Shit, that’s me. If it sounds like me, it should as well be me.'”

In the song, Young sings of being in Hollywood, Redwood (forests, presumably), and crossing oceans in search of a heart of gold. Indeed, the song is about salvation—either someone or something—that can give him the treasure—metaphorical or actual—that he requires.

Perhaps these metaphors came to the songwriter because he was in pain, given his back injury. Or maybe they were just exacerbated to the point that they flung from his lips because he wanted something else.

I’ve been in my mind, it’s such a fine line. It keeps me searching for a heart of gold. And I’m gettin’ old…

While the 76-year-old Toronto-born Young may never have found the heart of gold, he certainly found commercial and financial success through the song. But that’s not something the artist seems to crave, as much as integrity.

I mean, have you read the news lately? 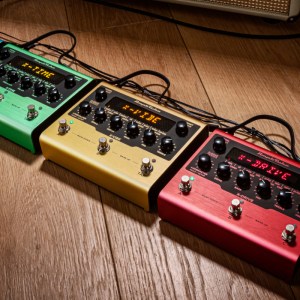