Today the young artist premieres a new single, “Nero’s Waltz.” It envelopes a politically charged persona, written from the subjective perspective of ‘The Man.’ The satirical song offers the first look at his debut album due in early 2021.

“I wrote this one a while ago, but it seems increasingly more relevant to the times,” says Roberts. “The song is a criticism of corporate and cultural nihilism in America that is so often presented under the guise of higher virtue and God-given right.”

He was not working with any prompt until he playfully rhymed ‘Hallelujah’ with ‘What’s it to ya.’ This juxtaposition then informed how he would write the rest of the song. Quickly, Roberts began to emulate the tongue-in-cheek approach to writing a satirical protest tune in the fashion of Bob Dylan, Loudon Wainwright III, or Father John Misty.

“It wasn’t very hard to do once I had this typical perspective of ‘The Man’ to assume for the song,” he laughs. “When I was writing the verses, I tackled different topics like the degradation of our landscape and climate. In addition to that, I poke fun at how the media often intentionally distorts things to confirm a narrative. One verse goes after war in the name of God or patriotism in that it’s sometimes unnecessary.”

Roberts is particularly interested in the disparity between tone and tune within his genre bounds and how they balance to deliver a narrative. Folk, Americana, and country artists often work with major chords that convey an uplifting sense from the song. In traditional folk music, many old-time murder ballads are done to G-C-D. The artist finds this approach to be a strength in the audience building. Even Roberts’ most political tracks overlay with “dancey” instrumentation.

“I wanted to write songs that if you weren’t a lyrics person, which not everyone is, you’d still have fun at the show just from the sheer energy of the music,” he says. “If you are, that was also an avenue available to you. I wanted the lyrics to have a deeper meaning, but the music does not necessarily have to be so consistent with what the words are saying.”

For the last 12 years, Roberts has put pen to paper in a lyrical format. Over the last three, he’s begun surrounding himself with other writers who helped him understand what it takes to truly excel in his craft.

“I’m only recently trying to shift towards the writer’s work ethic, so to speak, he says. He’s referring to the school of writers that sit down every day and for several hours and work off that time to create something concrete.

“Maybe they don’t come out with anything good on the other end,” Roberts contemplates, “but they commit to it and have something to show at the end.”

This tactic has not been fruitful for the young artist so far, especially given the pandemic-driven confinement. Instead, this album’s quality content bloomed in brief, fleeting moments of inspiration drawn from his surroundings. After a few years in Tennessee, Roberts brought his Nashville-taught hustle home to the hills of North Carolina and applied it to the rich, local music community. Steeped in the folk tradition, the mountains serve as a canvas to many seeking creative asylum.

“Growing up, I often heard the expression, ‘There’s something in the water,” says Roberts. “In part, I resented that expression because I thought it downplayed the work ethic of the musicians around here. But as I grew older and got to see music scenes in Nashville and other places, I realized the amount of talent per capita in this area.”

The native mountaineer finds the landscape serves as a wellspring of inspiration. “How seasons pass in these parts is a huge aspect of it,” he adds.”I understand how different life for musicians outside of the region is, as far as the world around them relates to art. Here, art is not only accepted, but it’s highly encouraged. Your peers are going to tell you to go after it. Whereas maybe in other places, you may not hear that message.”

Roberts emanates authenticity of Americana music with the boldness of roots-rock. Characterized by Grammy Award-winning producer Ben Fowler (Clapton, Lynyrd Skynyrd, Ruby Amanfu) as having a “big voice,” Roberts has the innate ability to capture genuine emotions in his songwriting while expressing a fervent comprehension of the world around him.

Watch Clint Roberts perform “Nero’s Waltz” from the studio below. Pre-save the track before September 25. 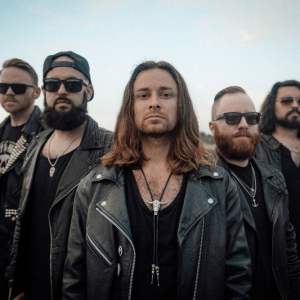 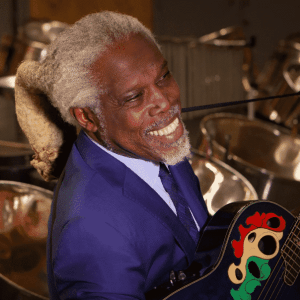