For those who love The Muppets, the popular streaming service Disney+ has been a favorite place to enjoy the Jim Henson-created characters. From the original ’70s series to the more modern varieties, there are lots of options for fans.

Well, now chalk up one more.

According to new reports, Disney+ is set to unveil its latest Muppets project. The platform will release a new series starring musical ensemble Dr. Teeth and the Electric Mayhem. And that series is set to be presented by Adam Goldberg, creator of the popular ABC series, The Goldbergs.

The new show, while still untitled, will center around the Muppet rock band, which made its debut back on the original series, The Muppet Show, in 1975. The new series will showcase the band working to record a full-length LP after spending a career on the road. The show will reportedly focus on how the music industry has changed throughout the decades. According to a source, making the album will be “easier said than done.”

The series will also reportedly feature new characters alongside the tried and true Dr. Teeth and his band, including a duo of human sisters Hannah and Nora. Hannah will be “a social media star and influencer who has created something of an online empire through her wildly successful make-up videos.”

And Nora, a music exec, “is setting her sights back on the music industry” and will be “managing and helping this Muppets’ group get into the studio and make it happen for an album after all this time.”

There will also be a third human character, a techie named Lyle, who will be seeking to get back with Nora, his now-ex-girlfriend.

While the news hasn’t spread to the band’s official Twitter account, the Muppet band has been active on social media of late. In a recent post, the band shared, “Remember: Always march to the beat of your own drum, not someone else’s. Especially not to the beat of Animal’s drum. That’s not a march, it’s a wild sprint down a steep cliff.” 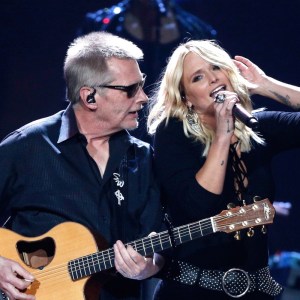