Hello and welcome back to our running series in which we share with you our favorite new songs and music videos from the week.

In this installment, we will highlight new music from Pearl Jam’s Stone Gossard and Ani DiFranco, Jake Blount, O.A.R., Built to Spill, and more.

So, without further ado, let’s dive into the songs.

Acclaimed roots songwriter and performer Jake Blount announced his next forthcoming LP, The New Faith, earlier this week. The LP comes out on September 23. And with it comes the debut single for the artist. The song, “Didn’t It Rain,” showcases Blount’s knack for knowing the bones of American music like the back of his hand.

Pearl Jam’s Stone Gossard has teamed up with the legendary songwriter, performer, and businesswoman Ani DiFranco for the new single, “Disorders.” The track is meant to support women and reproductive rights at a time when they are both being threatened by conservative politicians and the Supreme Court.

Said DiFranco of the track, “With the imminent overturning of Roe v. Wade, women in every Republican stronghold in this country are left treading in a sea of unnecessary suffering.” Check it out below.

The Boise, Idaho rockers released their latest single and accompanying music video earlier this week. The song, “Fool’s Gold,” showcases the band’s penchant for big, layered guitars, falsetto voices, and pounding drums. The new single also portends a new album from Built to Spill later this year. Check it out below.

Goon released its latest single earlier this week, a dreamy new track called “Ochre,” which features piano playing from Spoon’s Alex Fischel. The new track is the second single from the art-rock band’s upcoming LP, Hour Of Green Evening, which is set to drop on July 15. Check out the shimmery summer track below.

The buzzy U.K. band Wolf Alice released a new EP today (June 24), Blue Lullaby, which is a collection of songs that re-thinks the band’s acclaimed album, Blue Weekend, in more dulcet somber tones. To celebrate the release, Wolf Alice released the single, “Feeling Myself,” which you can check out below in all of its breathy, pulse-rising prowess.

The actor known for his role in the supremely popular television series, Stranger Things, on Netflix released a new single this week under the moniker Djo. The new song, “Change,” rollicks and features synths and fast-paced percussion. Check out the new track from the dual-threat below.

The room rattling rocker Reignwolf released his latest single earlier this week. The track, “The Woods,” features Brad Wilk and comes at a time when the frenetic musician is on tour in Europe playing some 19 festivals in 25 days. Check out the screecher and accompanying animated music video below.

The Pacific Northwest heavy metal band released its first song and music video from the forthcoming LP, Digital Noise Alliance, earlier this week. That song “In Extremis” wails. It features heart-pounding drums, shrieking vocals, and big, powerful guitars. And the new album is slated for this fall, with a release date of October 7. Check out the new tune here below. And word has it, there’s an upcoming tour with Judas Priest.

Country star Kane Brown released a new lyric video for his hit single, “Like I Love Country Music,” on Thursday night (June 23). The new offering from Brown features line dancing, cowboy hats, and all of the lyrics of the song for those who want to follow along with the toothy-grinned songwriter. Check out the new offering below.

The dark-minded, brooding singer Nessa Barrett released her latest single and accompanying music video for the bright and catchy yet morbid song, “Die First.” On the track, Barrett showcases her skill at a pop song but also her lane as a macabre artist. Check out the new single below.

Alexander 23 is one of the most skilled songwriters. He’s both well-known and under the radar. But he has the talent of an Ed Sheeran or Charlie Puth. He knows how to write a hit that seems both simple and familiar and can travel around the world in an instant. Check out his newest, “Somebody’s Nobody,” below.

The prolific songwriter, performer, and guitar player H.E.R. released a new cover track today (June 24), “Dance To The Music,” which is from the new Minions movie: The Rise of Gru. The song is energetic, fun, and boasts a bit of shredding. Check out the new cut below from one of our favorites.

The skillful singer released her latest album, Home, before and after, today (June 24). To celebrate that, Spektor released a new lyric video for her track, “One Man’s Prayer,” which you can check out below along with an accompanying lyric video, featuring pinup pictures and Spektor’s signature colorful writing.

With a new album slated for later this summer, pop-punk rocker WILLOW released her new single, “maybe it’s my fault,” which you can check out below. Featuring a frantic guitar riff and equally frenetic drumming, the song is a manic episode in less than three minutes.

The trio released their newest song, “I’m Starting a New Life Today,” which will be a part of their new LP, The Invisible Light: Spells, slated to drop on August 5. The song itself is expertly crafted, haunting, and will live in your bones.

The two artists collaborated for a cover of Le Tigre’s “Deceptacon,” which you can check out below. The song is a statement against the new Supreme Court decision to overturn Roe v Wade and is a reminder that there are good people fighting the good fight against that evil.

The acclaimed songwriter and performer shared that she’s releasing a new album later this year, Takin’ It Back, which will drop in October. To celebrate that news, Trainor shared a new single, as well. That song, “Bad For Me,” which features Teddy Swims, is a powerful pop masterpiece from the standout songwriter.

The legendary rock band released its latest track today, a live cut of the song, “Heard It On The X,” which you can check out below. The new song is from the group’s forthcoming live album, RAW, which is out July 22. The song features big guitars (duh) and raspy vocals (duh, again). Hear it here now along with the accompanying live video! 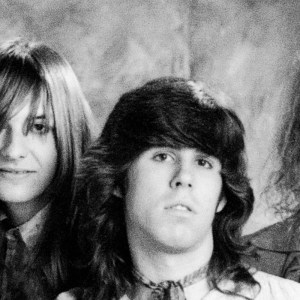 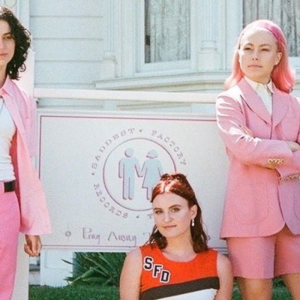