According to Led Zeppelin guitarist Jimmy Page, British singer-songwriter Gemma Ray’s music is “not to be missed.” We concur. On May 18, Bronzerat Records will release It’s A Shame About Gemma Ray, an all-covers album who’s range veers from Sonic Youth to George Gershwin. But don’t expect the songs to sound like the source material: “”I deliberately avoided going back and listening to the original versions,” says Ray. “I chose songs that, for better or worse, implanted themselves in my head at different periods in my life. ” The album was banged out in a whirlwind three days at N.Y. Hed studios in New York City.

You can catch Ray at this year’s SXSW Festival.

Here’s the ‘It’s A Shame About Gemma Ray’ Track Listing (with artists version that inspired Gemma):

“Ghost on the Highway” – Gun Club

“Rather Be Your Enemy” – Lee Hazlewood

“Looking the World Over” – Memphis Minnie

“I’d Rather Go Blind” – Ellington Jordan, & lyrics by Etta James but credited to her partner Billy Foster (for tax reasons).

“Crush on You” – George and Ira Gershwin

“Bolt on the Door” – Gallon Drunk

Speaking of cover albums, Peter Gabriel’s latest offering, Scratch My Back, chocked with orchestral-style covers of artists like Radiohead, Randy Newman, Neil Young, and Bon Iver, was originally intended to be 2-disc set. The second disc (dubbed I”ll Scratch Yours) was meant to feature each artists on the album performing a Peter Gabriel tune. However, that album never materialized. The new plan is now to release those songs as a series of monthly ITunes downloads, due to the fact that only a few artists have actually met the deadline (you can download Paul Simon’s “Biko” and The Magnetic Fields “Not One Of Us” now.) Others, such as Arcade Fire, are reportedly declining to take part. “We may not get everybody, but I hope we will,” Gabriel told the New York Times.

Ohio indie-blues duo The Black Keys have earned raves over their short career from high places. On May 18, they’ll release their sixth full-length album, Brothers, on Nonesuch Records. Drummer Patrick Carney says it’s the album they’ve always wanted to make. “Dan [Auerbach] and I grew up a lot as individuals and musicians prior to making this album. Our relationship was tested in many ways but at the end of the day, we’re brothers, and I think these songs reflect that.” The album was recorded largely at Alabama’s famous Muscle Shoals Studio.

Brothers includes a cover of soul singer Jerry Butler’s 1967 hit “Never Gonna Give You Up.” One track, “Tighten Up,” was produced by Danger Mouse of Gnarls Barkley and Broken Bells fame.

Seattle singer-Songwriter Damien Jurado’s new album, Saint Bartlett, is due out May 25 on Secretly Canadian Records. Jurado and producer Richard Swift played all the instruments, and recorded the album in a week’s time (though you wouldn’t know it by listening to it). Preview the album with an MP3 of the lead single, the My Morning Jacket-esque “Arkansas,” here.

Who wants a Wilco sandwich? Check out Toronto’s Blue Sky Sandwich Company’s Wilco-inspired hoagie menu here. They all looks awesome, but what they really need to tie it all together is obvious: “Wilco (The Sandwich).”

The Olympics may be over, but Canada remains relevant. Here’s a band from Montreal we’ve been digging on, called Plants and Animals (their sophomore album, La La Land, drops on April 20). Watch the video for their new single, “The Mama Papa,” and see if you feel the same:

The Mama Papa by Plants and Animals from Secret City Records on Vimeo. 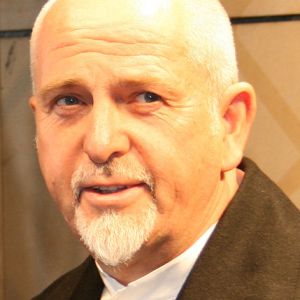 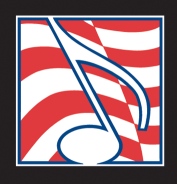