Bryan Calhoun is the VP of New Media for SoundExchange, the non-profit performance rights organization that collects royalties due to songwriters from satellite radio, internet radio, cable TV, and elsewhere. We talked to Calhoun about the company’s ongoing efforts to reach those artists who have royalties coming to them, and what the latest developments in music distribution could mean for all of us.

How much of the $1 million in unclaimed digital performance royalties for hundreds of SXSW artists did SoundExchange successfully distribute at this year’s festival in Austin, Texas? How did the artists react?

We fanned out across Austin in March with lists of four hundred and fifty artists and more than two hundred labels who were showcasing at SXSW, who had money waiting at SoundExchange but hadn’t registered to receive it. We published the list on our website, encouraged bloggers and news sites to link to it, and printed a fifteen-foot banner of the names. We printed flyers and handed them out, and got people to call and text their friends who were on the list. All of that activity had just one goal: to get artists and labels to fill out the SoundExchange registration form, so we could pay them.

This may sound hard to believe, but of all those artists and labels, a mere six percent have claimed their money. That’s actually a pretty typical response rate for our outreach. Even when people have heard from us five or more times, from several different partners and in different ways, they don’t sign up. Some of them tell us they keep meaning to do it, but it never gets done. Some are still trying to find the catch (there isn’t one). Even some of those who seemed overjoyed when we found them at SXSW took the forms but never returned them. We call and follow up, we keep after them, but we can’t force anyone to fill out the paperwork or get on the website to register. So their money just sits here, waiting, even though I’m sure lots of them need it now more than ever. It’s frustrating for my staff, and really sad for those who are missing out.

Why is it so difficult to notify artists that there are royalties waiting for them at SoundExchange?

We’ve notified more than 40,000 artists and copyright holders in the past year that they have royalties waiting at SoundExchange. Unfortunately, sending a MySpace message, making a phone call to their lawyer, even corresponding with a business manager or the artist directly isn’t enough. In order to send out money, we need artists and copyright holders to register with SoundExchange. It’s free and as easy as filling out a few forms, but people often procrastinate. Sometimes they don’t believe it can possibly be true. We compiled a list earlier this year of The Top Ten Reasons Artists Don’t Register With SoundExchange (and Ten Reasons You Should) to try to allay some of those concerns, but it’s slow going. So if you’re not registered with SoundExchange yet, believe it – get registered. We’re for real and so is the money. And if you are already getting paid, tell your friends and bandmates and contacts about SoundExchange. The most effective way of getting people to register – by far- is when they hear about SoundExchange from someone they know and trust. That’s also why we partner with lots of organizations and conferences that already work with artists and labels, like SXSW, Reverbnation, FanBridge, and CDBaby: artists know those companies and trust what they say, so when they hear about SoundExchange, we hope they’ll take it seriously and come get their money.

What do the recent meetings between the NAB and the musicFIRST coalition regarding the Performance Rights Act mean for SoundExchange?

Just to set the scene, The National Association of Broadcasters represents the interests of over-the-air broadcasters, like AM and FM radio, which have traditionally not paid artists and copyright holders for tracks played on those stations. MusicFIRST (Fairness in Radio Starting Today) is a coalition of organizations trying to get that loophole in the law closed, so that artists and labels can be fairly compensated when their work is used. This fight has been going on for 80 years, and this year we may see some progress.

So, we’re excited that the NAB has come forward and shown at least some willingness to compromise. We’re looking forward to an agreement which would acknowledge that recording artists and sound recording copyright holders have a right to be paid for the public performance of their work, no matter the medium. As far as what the rates will be, and whether SoundExchange will be tapped to collect and distribute them, those questions are still up in the air. But we’re continuing to push for the fundamental fairness of closing that loophole in the law because it’s the right thing to do, and it’s the right thing for our registrants and members. Keep an ear to the ground for updates, though, because this is the furthest negotiations have ever gotten, and we’re likely to see a resolution – in some form – before the year is out.

How important is metadata for SoundExchange? Do you think metadata will get more sophisticated? Will it be affected by cloud-based music platforms?

Metadata is critical. SoundExchange is facing an issue that the entire industry suffers from – the lack of quality metadata and a standardized reporting format. It really is up to artists and copyright holders to make sure they’re embedding good metadata on their tracks, even if it’s just the basics: track name, album name, artist name, sound recording copyright owner or label. It’s essential in this market, which is becoming about tiny amounts of money for each use, multiplied by huge numbers of uses, to make sure all those plays can be traced back to the right people. Tracks get passed around, and there aren’t always jewel cases or album covers to refer to anymore. That’s how we accumulate money for ‘white label’ and ‘self-distributed’ and ‘artist unknown.’ Music services may not search for your track data – you have to make it easy. We liken it to suitcases full of money without luggage tags. Please help us make sure we can send it back to you.

So far, each music platform and distributor has used their own method of identifying tracks – even the ISRC codes aren’t 100% reliable. I hope that increased connectivity and improving technology will result in a standard for reporting, but that’s still years away. For now, we need the content creators to take the initiative.

How much time does SoundExchange have to spend sorting through shoddy metadata to determine correct credits?

We receive an absolutely astounding amount of data – billions of plays a month. We have hundreds of thousands of dollars which are reported as payable to “unknown,” “playlist unavailable,” and “various artists.” We have a group of people working on manual intervention on that level of data: if the artist isn’t there, but the album and label are, we may be able to figure it out. If there’s a misspelling or a typo in a report, that can be enough to hold up payments. It seems like it should be easy to automate with software, but consider this: Rigo Starr, for example, is not a misspelled Beatle, but an African guitarist. Then, we have to deal with ownership of masters, when labels buy and sell their catalogues, and we have to know who owned the rights to those royalties at the time the track was played by that particular service.

Which new music services and platforms are you most excited about?

I’m psyched about RootMusic, which is a platform that is helping bands and artists integrate their music into Facebook. We’re hoping to be able to do a match with them later this year, to notify any of their users who have money with SoundExchange. They’re growing really fast, so we hope there will be a good response, and we can get money out to those folks. 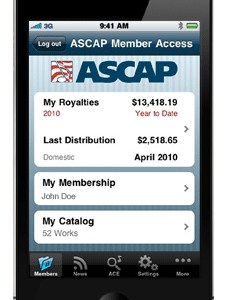 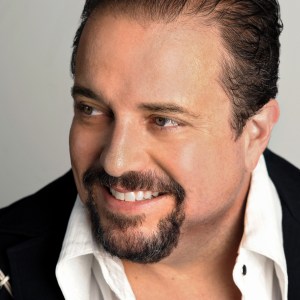