“I’ve been writing songs since I was a teenager and still am today. I’m obsessed with the stories behind the hits we all know and love. How did they come up with that sound, what inspired that iconic hook,” Rodgers tells American Songwriter. “On this show, I have the opportunity to speak with songwriters from a wide variety of genres, backgrounds and experience about the deep hidden meaning of their iconic songs that have changed our lives.”

American Songwriter is sharing exclusive clips from the upcoming episode as Rodgers gets the stories behind the songs from these sought after artists.

“What I noticed is that we all have a lot of the same things in common, in our hearts and DNA, that allow us to write and create this magic,” adds Rodgers.  “I’m always excited to share these stories with our listeners. In the next episode you’ll get to hear from The Edge about how U2 created the unique sound for ‘Beautiful Day,’ which version of ‘Set Fire To The Rain’ made it to Adele’s 21 album and how Teddy Geiger’s very personal experience inspired another great hit: Shawn Mendes’ ‘In My Blood,’ and more. “

Listen to the exclusive clips below:

“It’s one of those tunes that came after a few false dawns and a few attempts to get it in the boat that failed. It started out in a very inauspicious way, we basically had these great chords that we were playing over and over again and we could not crack it as a song. Every time we tried a different way and we knew there was something there but it was very difficult and it turns out, I think, with that song it’s actually about dichotomies and contrasts and contradictions. So, whenever we’d take it to one extreme it would just start to sound very ordinary and the first versions were straight up rock and roll like a garage band playing together. It had a fairly generic rock sound – rock drums, rock bass, rock guitar and Bono trying to make sense of it all with some melody ideas. And the turning point for ‘Beautiful Day’ as a song was when we started to deconstruct the arrangement and take it away from rock and roll altogether, away from guitar, bass and drums. And we were working with Brian Eno and Daniel Lanois, and Danny and Brian presented us one morning with a new intro which was this drum machine and some keyboard stuff that Eno had done and suddenly we had this seeming contradiction but it was basically a rock and roll band mixed with something that you could only describe now as electronic music and we were playing on top of it. And suddenly that piece of music had a whole different emotional temperature and a sonic texture which was totally unfamiliar, totally fresh, totally new for us. And that jumping off point really was where this rock and roll jam started to become something really unique. But that was the beginning: realising that staying in your comfort zone and doing what you normally do is sometimes just not going to get you anywhere interesting. “

“Having rescued the song, I realised that we were just wearing out these chords and it wasn’t going to sustain this singular chord progression through the whole song. So I wrote some new chords. I went in one morning and I played it, ‘cause I wanted to play it pretty much complete to the others. And they thought it was interesting but it needed a guitar part. So I tried some sounds and they really weren’t happening and then I did the slightly sacrilegious thing, I said, “Well look, let me try some of the sounds I used to play when we first formed the band,” which is a pretty simple formula: my Gibson Explorer through an echo into this Vox amp that I always used. And I got this part which was a great part but it did sound like classic U2. So I played it for the others later on and particularly Bono was like, “What’s that? You can’t do that, Edge, that’s like a step backwards.” And I’m like, “What are you talking about? That’s my sound – I can do my sound!” And they were like, “No no no, this is new. We’re going somewhere new now, you can’t mix the old and the new.” And I’m like, “We can do whatever we want. This is gonna be great. Trust me it’s gonna be great.” So we had this huge – it wasn’t really a row but it was certainly a heated discussion about whether we could do that, whether it would fit the tune. In the end, as songs often do, the song will tell you if something’s right or not and I have to say that guitar part stayed in the album on the song and we’ve played it ever since, every time.“

“It was interesting when you look back. At that point I hadn’t had this huge catalogue of songs. I’ve never really asked her this but I didn’t really know why she wanted to work with me. I’d had some hits with Tinchy Stryder and Taio Cruz and I had a hit with James Morrison and Nelly Furtado, ‘Broken Strings,’ but I still felt there’s better songwriters out there. But she picked me and maybe it was the fact she could see I’d worked across different kinds of genres, because when I met her she said, ‘Look, I really want to do something that feels a bit more rhythmic than the stuff I’ve done before. I love ballads but what would a song sound like if I was to take more of a Rihanna type of approach in the verses? And how would the drums be if things were going to be more rhythmic?’ That’s when we first met and then she came back and I’d been thinking a lot about this and for some reason I felt the kind of tribal early U2 kind of drums, you know ‘Under A Blood Red Sky’ and all those great early U2 songs had the kind of pulsing toms. So, I had this tom loop set up on my MPC drum machine and I was thinking about the piano part, which was [sings piano part] with this rolling drum beat. And that just came to me and I had this on loop and Adele walked in and I played it to her—you always have that moment of you first meet someone and you have to reveal this. And she really liked it and started singing some melodies and we developed it. And it was interesting thinking about the Rihanna sort of R&B style in that the way that she phrases the verses is very staccato for her. It’s not R&B, but it’s a point to that genre isn’t it? It’s etched in people’s memories as this big power ballad. But that took just over two days to write. Adele would go into my kitchen and smoke a lot of cigarettes and come back and say, ‘I’ve got this idea, these lyrics, what do you think of this?’ Backwards and forwards, and then I remember her singing what was the demo which was pretty much the final vocal and just being absolutely floored like I’ve never been floored by a vocal.“

Teddy Geiger on writing Shawn Mendes’ “In My Blood”

“I’d actually just got out of treatment for OCD. And had kind of come out to my friends and family about being trans, I hadn’t come out to anybody else yet. I literally got out on a Friday night and then that Saturday got my shit together and went out to Malibu to go start working on that album with Shawn [Mendes] and Scott [Harris]. Showed up and they had the main chords and the [sings] ‘Help me, it’s like the walls are closing in.’ They had that whole piece and I was like, ‘This is crazy’ and I came into it relating to it so hard, just ‘cause I had so been in that place where I was like, ‘Help!’ So it was really cool to step into that moment, coming out of that and being ready to share that idea of not giving up and being able to ask for help and be vulnerable and—I’m just thinking about it now —feeling misunderstood, but it’s also maybe because you haven’t yet been vulnerable. But I love that song. “

Tune in to hear the full episode of Deep Hidden Meaning Radio with Nile Rodgers on Apple Music 1 at 8am L.A. / 11am N.Y. / 4pm London on February 6. 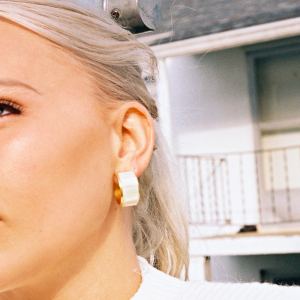 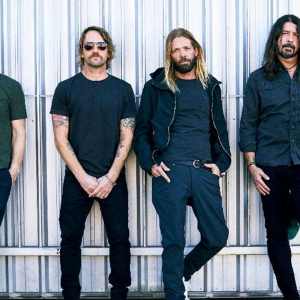