At the annual Billboard Music Awards, Olivia Rodrigo made headline after headline, taking home many of the night’s big awards.

Rodrigo burst onto the music scene in 2021 with her debut album, Sour. The biggest hit on the record was her track, “Driver’s License.”

Ahead of the awards show, the Billboard Music Awards made headlines when its producer, Sean “Diddy” Combs, said he was un-cancelling the cancelled. Combs booked controversial rapper Travis Scott and controversial country star Morgan Wallen to perform at the show.

But neither of them could hold a candle to Rodrigo and other big names like Drake, who was another of the night’s big winners.

Check back with American Songwriter for more updates and see the full list of winners HERE.

Did your favorites win tonight? Let us know in the comments below. 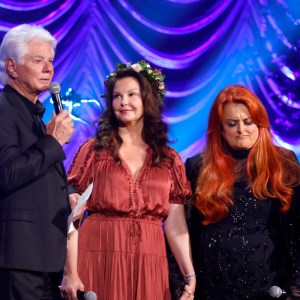