Club Q is more than just a nightclub, it is a safe place for a marginalized community of people to come together. However, that refuge was defiled by violence and hatred when a 22-year-old gunman opened fire at the LGBTQ nightclub in Colorado Springs, Colorado, on Saturday night, Nov. 19. Five people were killed and 18 more injured in the Club Q shooting.

The music industry has spoken out amid the tragedy, taking to their social media platforms to stand with the afflicted and against the hatred. Paramore are among the number of stars speaking out.

“When someone says not to politicize moments like the Club Q shooting in Colorado Springs … The hatred and the prejudice against any marginalized group is historically political,” Paramore wrote on social media. “And did you think that these prejudices stop at the polls? It is a ‘chicken-or-the-egg’ type scenario.

“The shit that we take to our respective soapboxes echoes on forever,” their statement continued. “You’re either perpetuating love or perpetuating hatred. Anti-LGBTQIA+ rhetoric is hatred, be it in policy or a locker room conversation. Politicians and other powerful people have a choice. Just like walking into a nightclub full of human beings and taking their life was a choice in favor of hatred. If you spew hatred and it echoes, expect an infinite amount of potential outcomes. Including people coming to the conclusion that maybe it’s time to start holding people accountable for the way they use their power to divide and normalize hatred.

“Our hearts go out to the entire community in Colorado Springs,” their post concluded. “The LGBTQIA+ community and the families and friends who lost precious people who are more than just a statistic or a headline.”

The American Music Awards were held the night after the shooting, and the ceremony saw artists honoring the victims and taking a stand against violence.

Rising star Kim Petras took a moment to speak on the tragedy before presenting the nominees for Best Pop Song. “I can’t stop thinking about Colorado today,” the singer said. “Gay clubs raised me, basically. And I can confidently say that no one loves pop music more than gay clubs. So, my heart goes out to you.”

That night, when singer Dove Cameron accepted the award for New Artist of the Year, she dedicated her win the queer community in which she has found love, support, and a home.

“I want to start by saying that every award that I ever win will always be first and foremost dedicated to the queer community at large,” Cameron’s acceptance speech began. “You guys have carved out such a space for me to be myself and to write music about it, and I’ve never felt safer or more loved and more supported, and I hope I can give you some semblance of that same feeling in my music.”

Cameron continued, “On the heels of the tragedy that happened at Club Q in Colorado Springs, I want to remind everyone how important queer visibility is, and how important our community is. And I want to direct your attention to organizations like GLAAD and The Trevor Project for what you can do right now. I want to remind you that you are made absolutely right, and you are so loved and so held, and I want to thank you for supporting me. Thank you for holding the space – I’m holding it for you too.”

Sympathy, anger, heartbreak, confusion has continued to pour in as the music industry recognizes the victims and the violence. “WHY?! Just fucking why. Here we are..shattered again and again. Living in constant fear. It’s so beyond fucked up,” country star Kacey Musgraves wrote on Twitter. Fellow-country singer Maren Morris echoed her pain. “Can’t really continue saying ‘my heart breaks for…’ when it’s never allowed to heal from the last time this happened, and the time before that, and so on,” Morris wrote.

Photo Courtesy of The Oriel Co. 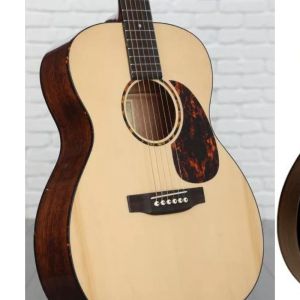