Bruce Springsteen hit the airwaves again yesterday for another in his ongoing “From My Home To Yours” freeform broadcast on SiriusXM. The ninth show in the series coincided with his wife Patti Scialfa’s birthday and, naturally, the loving husband paid special attention to his musical partner, ‘his red-headed Jersey girl.’

The entire broadcast focused on the three records Scialfa has released- Rumble Doll, 23rd Street Lullaby and Play It As It Lays– and the songs that influenced her writing process. Springsteen also included a surprise new song from Scialfa entitled “You’re A Big Girl Now” (no relation to the Dylan song), which will appear on her next album, which has no scheduled release date as of now.

“From My Home To Yours” airs on SiriusXM’s E Street Radio channel (channel 20) and subscribers can listen on demand and subsequent re-broadcasts.

Scialfa’s music tends to fly under the radar, due to the massive orbit that Springsteen’s own work occupies. Digging deep into her catalog, as the two did, reveals a solid body of well-crafted songs, with great thought and care put into taking her love of folk, Motown, R&B, Western and rockabilly and blending it into a melting pot of urban/suburban New York City via Jersey Shore grit.

NJ Arts writer Jay Lustig did an excellent full transcript of the entire broadcast on his website. If you don’t have a SiriusXM subscription, I highly recommend paying a visit to the NJArts.net site to get a feel for the love and devotion the couple have for each other (and support Lustig’s efforts with a donation if possible). There are fantastic ‘remember when’ recollections of their youth, including a teenage Scialfa auditioning for the E Street band in 1974, and their budding romance years later told as only they themselves can tell. Their musical conversations about word choices, triplet rhythms and working with Steve Jordan, Willie Weeks and Mike Campbell are a songwriting class on their own.

The show kicked off with The Exciters’ “Tell Him,” a song that Scialfa often performed with her bands in the ‘70s and ‘80s at clubs throughout the Jersey Shore and New York City. Other artists who inspired Scialfa include Laura Nyro, Emmylou Harris, Tina Turner, Marianne Faithful and Wanda Jackson.

Song List (with select comments from Springsteen and Scialfa, as transcribed by NJArts.net):

Mike Campbell of Tom Petty and the Heartbreakers recorded and produced Scialfa’s debut in his garage studio.

Scialfa: “Mike Campbell did a brilliant job, and he was just very sensitive to how I wrote the songs”

Scialfa: “I just liked the word ‘Rumble,’ and then, ‘Rumble Doll.’ I think that a lot of women are familiar with that kind of broken doll syndrome, so you’re kind of a cocktail of seduction and taking stock of your own limits, your personal limits.”

Scialfa: “I’m not great at writing happy songs, only because I find … it’s just easier to write something that … it’s always easier to write a sad song, whether you’re sad or not. It just is. (Springsteen laughs) So I just said, ‘Hey, do you have anything that is … I need some uptempo, and something that was positive.’ And he sent me that track, and it was completely done.”

3. I Met Him On A Sunday- Laura Nyro and LaBelle

4. The Bells- Laura Nyro and LaBelle

5. Young In The City (from 23rd Street Lullaby)

8. As Long As I Can Be With You (from Rumble Doll)

9. Walking In The Rain- The Ronettes

10. Talk To Me Like The Rain (from Rumble Doll)

Scialfa: “Tennessee Williams had a one-act play called ‘Talk to Me Like the Rain and Let Me Listen …’ and I was just really taken by the beauty of that title, and the play itself is pretty unyielding in its desire for romance and solitude. And that was just so inspiring.”

11. Ruler Of My Heart- Irma Thomas

12. Like Any Woman Would (from Play It As It Lays)

13. Tired Of Being Alone- Al Green

15. Town Called Heartbreak (from Play It As It Lays)

Scialfa: “Emmylou Harris and Linda Ronstadt covered that song as a duet, on Western Wall: The Tucson Sessions. I was so just completely touched and charmed that somebody actually heard the song.”

17. Looking For Elvis (from Play It As It Lays)

Scialfa: Play It As It Lays, … again, inspired by a book title. Joan Didion’s ‘Play It As It Lays.’ … It was Cliff Carter, Nils Lofgren, Steve Jordan and Willie Weeks, that whole album. We did it in the studio, we just cut the tracks live. And they’re just so musical.”

Scialfa: “That whole Rumble Doll record was, really, again, these were all written for you (and about) how you feel at a time when love feels very dangerous.” 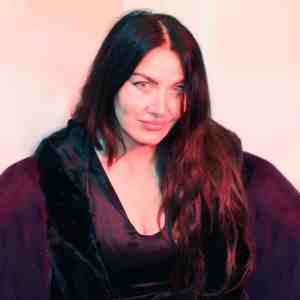 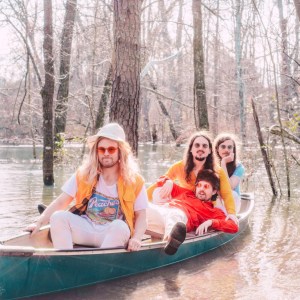