Patti Smith has revealed that she’s working on material for her final album, the first released for the poet, songwriter, and author since her 11th album Banga in 2012.

“I do have plans and I’ve written a lot of songs,” said Smith in a recent interview. “I’d like to do one more album and my record company, Columbia, has very generously left the door open.”

Following the release of her fourth album Wave in 1979, Smith semi-retired to raise her children, Jackson and Jesse, with her late husband, Fred “Sonic” Smith, and later returned with her fifth album Dream of Life in 1988. Following Smith’s death in 1994, and the loss of her brother Todd shortly after, Smith later released Gone Again in 1996 and continued making new music through Banga.

Aside from spending more time with her family, Patti was also suffering from a bronchial condition at the time, which made performing in smoky venues physically debilitating. She also admitted that she was a “demanding asshole” leading up to her career break in 1980 and didn’t feel she was growing as an artist at the time.

“In 1979, I wasn’t huge in America but in Europe, the last job I did was in an Italian arena for 80,000 people,” shared Smith. “I was at the pinnacle of real success and financial success, but I wasn’t growing as an artist or human being, not due to drugs or anything—that wasn’t part of my lifestyle—but attitude, a lot of hubris. I was a really demanding asshole sometimes and I wasn’t writing as much.”

When she did return to music, Smith said she feared no one would remember her and found support in friends like Bob Dylan and Michael Stipe.

“I’d only ever intended to do one record and hopefully create space for other people, which I felt ‘Horses’ did,” said Smith. “So withdrawing felt liberating. Coming back was very different. After the deaths of my husband and brother, I was alone in Michigan. I had two young children. I had financial difficulties. I had to go back to work and it was scary, wondering if people would remember me.”

Smith added, “I returned owing to a set of terrible circumstances, but I met Michael Stipe, who was like my guardian angel. Bob Dylan gave me my first tour. Allen Ginsberg was there, William Burroughs, Jeff Buckley… So I wasn’t alone. I had evolved, but there was still part of me that might put her foot through an amplifier or tear the strings off a guitar.”

Smith, who is currently working on a new book—A Book of Days, has been inspired by something that musician’s fans might not have been expecting: her Instagram account. Writing on the social media site on Wednesday (9 March), Smith stated, “It is a year of reflections and images, inspired by my Instagram, but original throughout.” 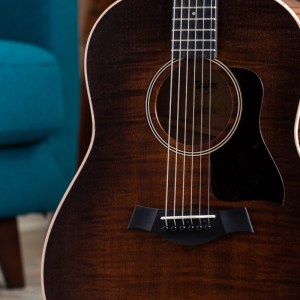