Paul McCartney had been a busy man as of late. In the past few months he has promoted his new memoir, The Lyrics: 1956 to Present, inducted the Foo Fighters into the Rock N Roll Hall of Fame, released a new mini-documentary, McCartney/333, was featured in the Peter Jackson documentary, The Beatles Get Back, promoted his McCartney III album and is headed out on a 13-city Got Back Tour, which will run from April through June 2022.

With all that and more going on throughout his career, McCartney is one of the most successful musicians out there. How does all that and more affect the former Beatle’s Net Worth? And how do the Beatles and his touring factor into the equation?

McCartney, one of the wealthiest musicians, has a net worth of approx. $1.2 billion. Known for being one-fourth of the supergroup The Beatles, McCartney has built quite an empire for himself.

According to Celebritynetworth.com, “McCartney earns over $50 million while touring. When not touring he earns tens of millions per year in royalties and licensing fees from both his music and a catalog of publishing copyrights from other artists through his publishing company MPL Communications.”

McCartney has an interest in Apple Corps and MPL Communications, he owns a music publishing catalog, which includes over 25,000 copyrights, including the publishing rights to the musicals Guys and Dolls, A Chorus Line, Annie, and Grease and the copyrights to songs from artists including Buddy Holly, Carl Perkins, and more.

After signing with EMI worldwide and Capitol in the US, Canada, and Japan, McCartney received ownership of his solo catalog from EMI as part of the deal. In 1979, McCartney reportedly received the most lucrative recording contract to date, when he signed with Columbia Records.

In the late ’50s, McCartney met John Lennon and was asked to become a part of his band the Quarrymen. In 1960, after George Harrison joined the group, they changed their names to The Beatles and invited Pete Best to join the group. McCartney has discussed several aspects of the Liverpool quartet’s meteoric rise—including their financial outlook.

“It was only later that we discovered that what we were doing was art, and there were things like ‘muses’—when we first got out of Liverpool, it was money,” McCartney said. “We were kids without jobs. Suddenly, here was a job, and so we wanted to get paid—and the more money, the better, you know?

“I think you start to think, ‘Is this more noble if we don’t write for money, if we just write for art or love?’” he said. “But that comes in anyway—it’s not like it’s excluded because you’re accepting money. What we wanted was a guitar, a car, and a house. That was it, that was the height of our ambitions. Then, suddenly, we could get them. So, I’ve never been one to think that there’s something dirty about accepting money.

“The parties have resolved this matter by entering into a confidential settlement agreement and jointly request that the Court enter the enclosed proposed order dismissing the above-referenced action without prejudice,” McCartney’s attorney noted.

McCartney was inducted into the Rock and Roll Hall of Fame in 1988 as a member of the Beatles and again as a solo artist in 1999.

McCartney recently released McCartney III in 2020, his 18th album and the third chapter to his 1980 solo debut. In 2021, he followed up the album with McCartney III Imagined, featuring a collection of remixes of III tracks by Phoebe Bridgers, Beck, St. Vincent, Damon Albarn, Josh Homme, and more.

The Got Back Tour

McCartney is getting back on stage for a 13-city Got Back tour, which will run from April through June 2022. The tour will kick off with McCartney’s first-ever show in Spokane, Washington on April 28 and continue through June 16 with a final show in East Rutherford, New Jersey, marking his first return to MetLife Stadium since 2016. The Got Back Tour will also mark more first-time shows in Knoxville, Tennessee, and Hollywood, Florida, as well as stops in Los Angeles, Boston, Seattle, Orlando, and Syracuse, New York. 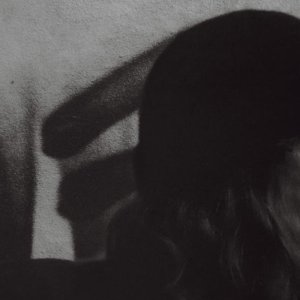