Phil Collins and Genesis bandmates Tony Banks and Mike Rutherford have agreed to sell their publishing copyrights and “a mix of recorded music-income streams” to Concord Music Group for a deal reportedly valued at more than $300 million.

The deal includes the publishing rights for Genesis, as well as a portion of the group’s recorded music income streams and masters.

Concord Music Group now owns select rights to Genesis songs, including “Invisible Touch,” “Land of Confusion,” “That’s All,” “In Too Deep,” and “Follow You, Follow Me,” along with the solo material of all three members of Genesis, including music released by Rutherford’s band Mike & the Mechanics, Banks’ six solo albums, and Collins’ eight solo albums, including hit songs like “You’ll Be in My Heart,” “Against All Odds,” “In the Air Tonight,” and his covers of The Supreme’s “You Can’t Hurry Love” and Diane & Annita’s “A Groovy Kind of Love.”

The catalogs of original vocalist Peter Gabriel and other former members of Genesis are not included in the deal with Concord.

Genesis released 15 studio albums, beginning with their 1969 debut From Genesis to Revelation—the first six featuring Gabriel. Collins joined Genesis as a drummer in 1971 and later took over as lead vocalist in 1975 when Gabriel left the band.

Dollar-wise, the Collins and Genesis deal is one of the largest within a long line of nine-digit catalog deals within the past several years, including Bruce Springsteen selling his publishing and recorded-music rights to Sony for a reported amount of around $600 million, Bob Dylan’s catalog sold to Universal Music for a price tag nearing $400 million, and the sale of the estate of David Bowie to Warner Chappell Music for at least $250 million, among other acts including Pink Floyd, Stevie Nicks and Neil Young, who have all made deals for hundreds of millions.

Concord Music Group has owned the publishing rights for the Genesis and Phil Collins catalogs since 2017—in addition to the catalogs of Linkin Park, M.I.A., Daft Punk, Mark Ronson, and more—after it acquired the previous owner, Imagem Music Group.

“In the world we live in today with Facebook, Instagram, TikTok,” said Bob Valentine, president of Concord in a statement, “all these things that drive consumption of older music, there are definitely ways for us as a record company to bring some of this music back to life.”

Collins and Genesis recently reunited for their final tour, The Last Domino Tour, and played their final show on March 26, 2022, at the O2 Arena in London. 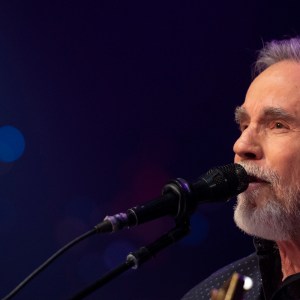