It’s a soulful syncopated groove. Track by track, Quinn DeVeaux is piercing into the spirit of soul’s past. It would be easy to compare DeVeaux to the stir and deliverance of Sam Cooke or Al Green, but what the Indiana native has curated is something far more expansive in its slow dripping R & B, roots, classic rock, and immutable soul. Partly a love letter to soul and its pioneers, Book of Soul isn’t a mere homage to the greats. It’s their infusion into his musical soul, personal retrospect, and ultimately a regeneration of soul’s spirits past.

“My feelings for Sly [Stone], Al Green, Bill Withers, Sam Cooke, The Neville Brothers, and countless others comes up, and I’m like ‘how can I incorporate as much of this into one song or one record?’” DeVeaux tells American Songwriter. “Nowadays, having access to all recorded history makes it so I’m trying to pull from many disparate places and sometimes I have to say ‘okay, for this song let’s stick to only four of my favorite influences,’ and of I gotta get a lot of myself in there too.”

It’s all relative. Book of Soul is an aggregation of DeVeaux’s influences in soul, roots, and R & B but also taps into his own personal stories. To make sure he was equally present on the album, he limited himself to listening to Al Green for a week, and others like Johnny Cash and Creedence Clearwater Revival for a weekend.

“That kind of practice stretches the mind,” says DeVeaux. “Don’t get me wrong, I love a good playlist, a mixed tape is even better, but I mostly like going deep into one or a few artists and seeing what that small convergence gets me. It’s all related anyways.”

Writing, DeVeaux wants to bring together distant relatives of the genres, even drawing in country. “Songwriting has always been my favorite part of all of it, more so than recording or even playing live,” says DeVeaux. “Since I’ve been in quarantine, I’ve been reading a bunch and trying to write a song that is somehow Merle Haggard’s head on a Chuck Berry body with Al Green legs and a John Prine heart.”

There are too many configurations and too little time. “I hope in the particulars of the imitations, one finds a voice and then just becomes that,” says DeVeaux. “It feels like I’m still at a point where I am cobbling together the lessons of great writers and taking bits to make my own. It is the most fun thing, but I also look forward to some further coalescence.”

Penning half of the album before spending some time in Nashville then the other half while in town, “All I Need” was one track written and demoed in one day, bolstering ’60s anthemic soul, and classic rock with DeVeaux as its medium.

“It was just a train coming down the line and I just had to get out of the way,” says DeVeaux. “I wanted a joyous way to say let’s be together till one of us is dead, so that’s basically what I wrote. It’s that idea that a successful relationship is one where one of you dies then they say ‘welp, you made it!’ Ya’ll grew old together and one of you is gone now so good job. I get it, but it also seems funny to me.”

At Nashville’s Bomb Shelter, DeVeaux recorded during the day then spent the night writing with the band in mind. “I didn’t get much sleep that week but sleeplessness and delirium can help sometimes—a creative necessity for me,” says DeVeaux. “I remembered ‘Stay The Night,’ which I only had the outro for at that point, but I knew it was a John Lennon-ish dirge blues, so the words to that one I made up as the band was playing it which was fun. “

The more bluesy rock churn of “Take Me Home” was another track where DeVeaux had the bones but not the meat, and evokes the feeling of being in Nashville in that moment in time, homesick but invigorated by new people, a new city, and a “strange southern air.”

Moodier “Take Me To Glory” was written years in advance and recorded at Opus Studio in Oakland, CA. Still tapping into his soulful spirits, DeVeaux wrote the track with the Queen of Soul in mind. “I really hear that one with a full gospel choir and Aretha singing it,” says DeVeaux. “I wanted to say that even those you disagree with or those who start wars also deserve a chance for redemption. I’m not particularly religious, but I love the idea of everyone being accepted as long as they have the faith to ask for acceptance.”

For DeVeaux, all his songs are like children. “They get delivered and you try and shepherd them to some reasonable destination but they kind of are who they are in the beginning and I’m just trying to recognize what that is and help them along,” he says.

Blatantly somber or protest songs—none of that flies with DeVeaux. It’s too facile. There’s more soul in his soul. In formulation, a melody or chorus and that peak emotional point will typically come to DeVeaux first. Then, he just works his way back from there. Sometimes it takes him a few days to get the shape of the song in his head. He’ll sometimes fill in with “nonsense words,” to get a form and how the words will feel on the tongue then put a song down for a week, several months or years before coming back to it.

“I have influence on the songs and I can shape them,” says DeVeaux. “But it’s also that thing where a sculpture is uncovering what was already in the stone. It’s an exploration to trace the roots of the prevailing emotion or the big moment.”

Book of Soul’s “Come On Home” is a slow, soulful dance around familial comforts and one that particularly resonates during the Covid pandemic. The entire experience has opened his eyes. Back home, DeVeaux is writing and also chipping away at a solo project, Flamingo Dores.

“My mom would always say ‘whatever happens, you can always come on home,’ and I did actually for a few days at the beginning of Covid,” says DeVeaux. “I saw so many cars packed to the gills coming from college or cities, presumably all heading home or to a comfortable place to wait out the storm. We really don’t get much time, and a lot of it we spend out there hustling trying to make a legacy or just make money or at least treading water and for me… [it] has been best spent going to a deep place and writing and spending time with people I love and being in the ease of it all.” 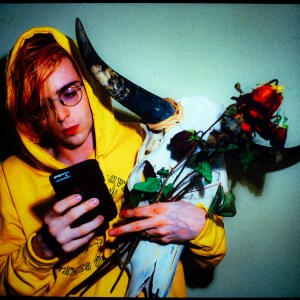 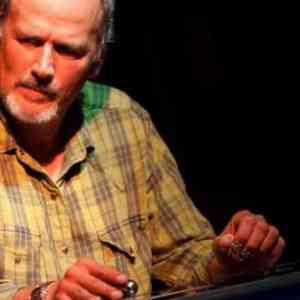